What Marketers Can Learn From 2020 Presidential Candidates’ Text Messaging 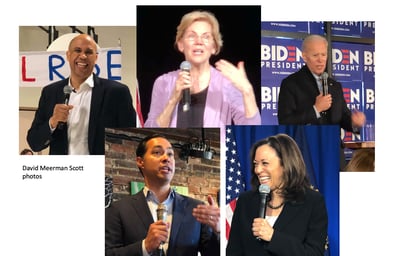 I’m having a blast continuing my research into the marketing aspects of the US Presidential election cycle. I live only 20 miles from the New Hampshire border and drive to events in this first in the nation primary state. In this post we’ll take a look at how the candidates use text messaging platforms and what marketers can learn from the good and the bad.

I’ve registered for and attended fifteen different candidates’ events so far(!) For each, I’ve shared my email address and mobile phone number. I’ve noticed that nearly all of the Democratic presidential campaigns use the same platform providers such as Mobilize America for event registration. That’s fine.

The text messaging systems are used by the candidates to confirm my registration. Then a few days before the event, they text again to confirm I know where to go. And they text me immediately after to “ask how the event was”. Then they ask for money.

Take a look at four examples - from Booker, Harris, Biden, and Castro - of text messages confirming participation. These identical messages all came from the same phone number and the wording is exactly the same! These campaign marketing teams are not thinking through each and every voter touch point. 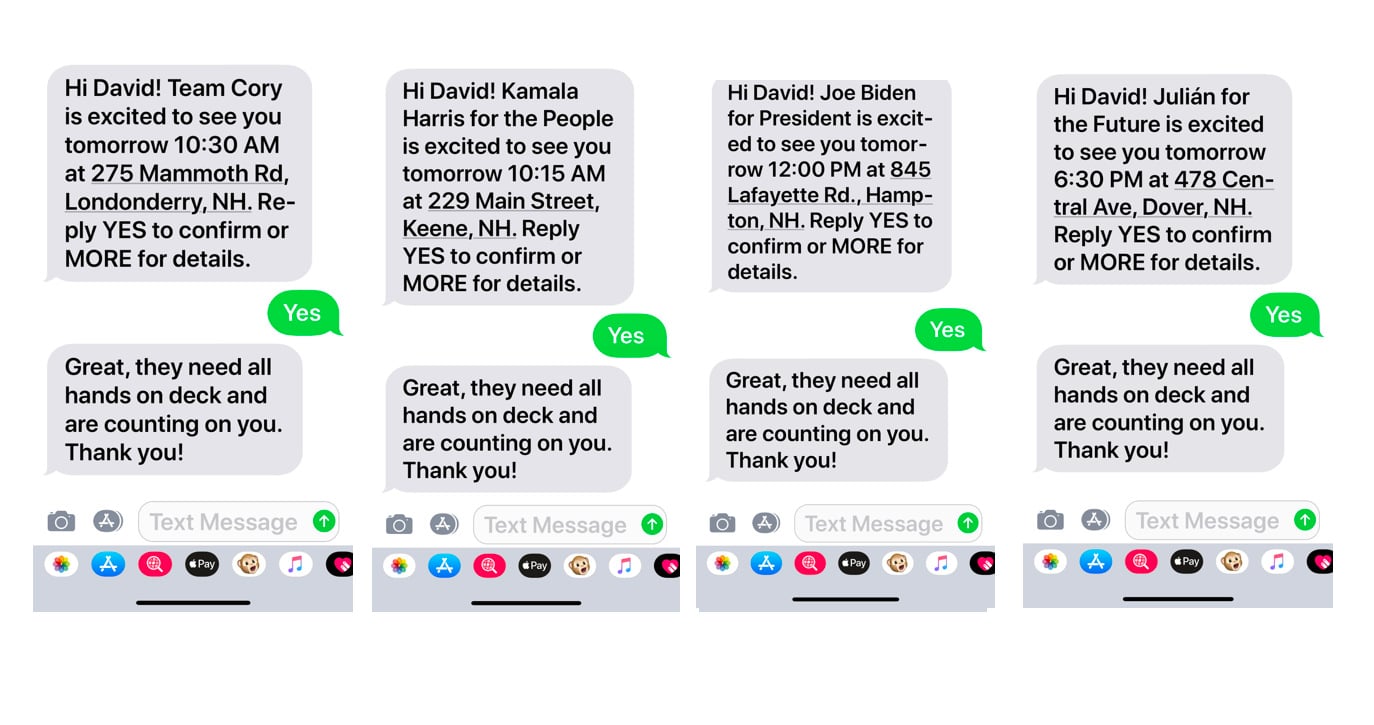 While most of the candidates use the exact same playbook, Elizabeth Warren is one candidate who has done a fabulous job personalizing and building fans via text marketing.

The Warren campaign has their own phone number and the messages are personal to Warren.

I just love that after you successfully register, they send you a photo of Warren’s golden retriever Bailey as your admission ticket. This personalizes Warren and builds fans.

Bailey makes appearances at many campaign stops and poses for photos. Somebody (rumored to be associated with the campaign) even runs a Twitter account for Bailey. 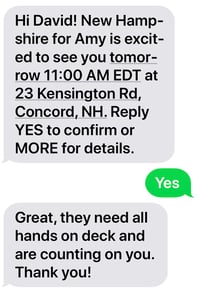 I registered for an event with Amy Klobuchar and... guess what?! I got the same message as the other candidates!

When I go to the campaign events, there are inevitably lines to wait in and downtime before the event starts and I use that as an opportunity to talk to voters.

Nearly everybody who goes to the events this early in the election cycle has not made up their mind yet on which candidate to support. They are “shopping” for a candidate and nearly everybody we spoke with had attended more than one candidate event.

Not being original an enormous missed opportunity because with a crowded field of over 20 candidates for the Democratic nomination, candidates should be doing anything and everything possible to stand out.

No matter what business you are in, we can all learn from this simple example. Are you marketing like the other guys? Or are you building fans by being original?

The U.S. Presidential election is a real-time marketing case study that plays out before our eyes over two years. We can see the ups and the downs as candidates seek the nomination and then the Presidency and we can watch the resulting news and polling data. I’m utterly fascinated.

Watch for more posts on the Democratic candidates in the coming months. I’m also planning on attending events of the two Republican candidates: Donald Trump and Bill Weld.