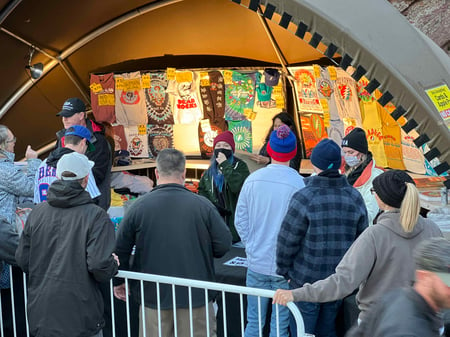 I’ve noticed that more organizations are using scarcity as a marketing strategy. Some examples: Apple announces the new iPhone 13 models to much hoopla, but you must wait to get one; clothing companies announce limited edition product drops and invite customers to join a wait list; hot restaurants limit the number of reservations that can be booked in advance.

At each show on the 2021 tour, Dead & Company creates show-specific t-shirts and teams up with an artist to create a poster of the show. These limited-edition items almost always sell out.

However, for shows of significance, demand far outstrips supply. Clearly the band’s management knows that if they were to produce two or three times more of the coveted merch they would all sell out. However, they must be figuring that if the items aren’t scarce, not as many people will want one over time. It’s a fascinating calculation.

Last week, Dead & Company played the Red Rocks amphitheater in Colorado for the first time. This was an important milestone for Deadheads because The Grateful Dead played 20 shows at the Red Rocks from 1978-1987 and this was a first for the current iteration of the band with John Mayer playing the role formerly held by founding member Jerry Garcia prior to his death in 1995.

Dead & Company fans traveled from all over to be at Red Rocks.

I was at both shows and it was an epic experience. 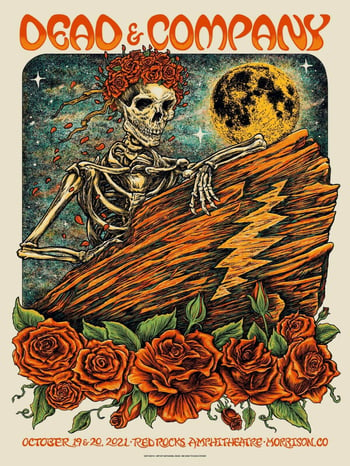 Immediately upon the venue doors opening 90 minutes before the show’s scheduled start time, the lines for the merchandise tables at Red Rocks grew very long.

During the show itself, people near the front of the line were reporting waits to buy merchandise of an hour or more.

These people missed an hour or more of the show to buy stuff!

The 850-copy run of the Red Rocks poster sold for $65 and quickly sold out on the first night of the two-night run. The show-specific t-shirts also completely sold out the first day.

People like me who didn’t want to miss a single note of the concert weren’t able to get a Red Rocks poster or t-shirt.

Unless we buy it online for a big premium…

As I write this, Dead & Company Red Rocks posters are selling for $500 or more  on eBay. 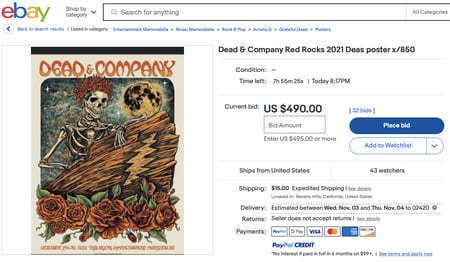 I’ve got no problem with somebody buying an extra poster or two and offering it to collectors. That’s the only way that somebody like me who won’t wait in line can get one.

However, professional speculators have gotten into the market for these posters.

I was speaking with somebody who waited in line to get a poster. He told me that the person in front of him bought 75 (yes, seventy-five) posters! Clearly this person is just in it for a quick buck.

It also tarnishes the reputation of the band and the venue. It's not the way a Fanocracy is built.

Scarcity may be good marketing. But fans must come first.

Back to the Basics: Nobody Cares About Your Products (Except You)