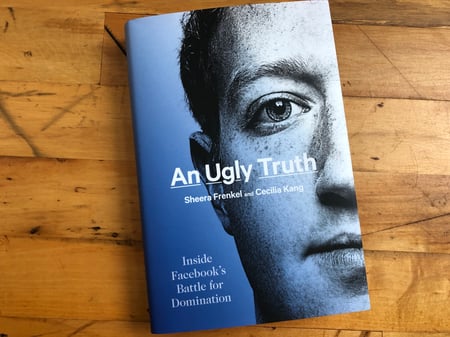 The new book An Ugly Truth: Inside Facebook's Battle for Domination, released yesterday, is a fascinating account of what led Facebook to be so destructive, including the power of the stock market and the single-minded personalities at the top - The Zuckster and Sheryl.

From the publisher: Award-winning New York Times reporters Sheera Frenkel and Cecilia Kang unveil the tech story of our times in a riveting, behind-the-scenes exposé that offers the definitive account of Facebook’s fall from grace.

Frenkel and Kang take readers inside the complex court politics, alliances and rivalries within the company to shine a light on the fatal cracks in the architecture of the tech behemoth. Their explosive, exclusive reporting led them to a shocking conclusion: The missteps of the last five years were not an anomaly but an inevitability—this is how Facebook was built to perform.

An abyss of misinformation and a quicksand of conspiracy theories 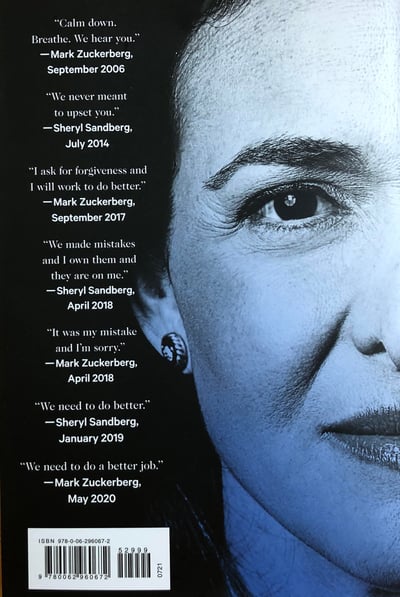 Regular readers may recall that I have written a lot about Facebook in the last year or so.

In my post Facebook AI Algorithm: One Of The Most Destructive Technologies Ever Invented I said the Facebook AI powered algorithm is designed to suck users into the content that interests them the most. The technology is tuned to serve up more and more of what you click on, be that yoga, camping, Manchester United, or K-pop. That sounds great, right?

However, the Facebook algorithm also leads tens of millions of its nearly 3 billion active global users into an abyss of misinformation, a quagmire of lies, and a quicksand of conspiracy theories.

An Ugly Truth digs deep into the insider details behind the algorithm and other aspects of Facebook.

The book has been years in the making and has been meticulously researched, including more than a thousand hours of interviews with insiders.

While I am just getting started (the book released yesterday), it is superbly written. To me, An Ugly Truth reads more like a thriller than nonfiction.

While nowhere close to the rigor of Frenkel and Kang, I've been watching and writing about Facebook for more than a decade as well. Over the past several years, I've become more and more concerned about the destructive nature of the technology.

I know that many of you have concerns as well.

So far, in my opinion, politicians are focused on the wrong things so are unlikely to do anything meaningful to reign in the power of Facebook. It's not about policing hate speech or "fake" content, it’s about understanding the algorithm and how it breeds polarization and hate speech.

Hopefully this book will serve as a proper wake-up call. I highly recommend it.

As you'll read in An Ugly Truth, Frenkel and Kang write: "It would be easy to dismiss the story of Facebook as that of an algorithm gone wrong. The truth is far more complex."