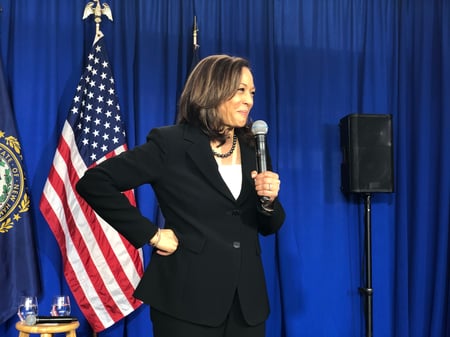 Yesterday afternoon, the political world was waiting with anticipation to learn who presumptive Democratic candidate Joe Biden would select as his running mate. At the time, political watchers knew that the news was coming soon possibly even in the next few hours. Biden did something remarkable, he announced Kamala Harris as VP pick to his biggest fans first, those who follow his text messages, before the campaign told the media. All businesses can learn from this brilliant move.

I was checking the various news sites regularly this week. Who would Biden pick? I thought for sure I would see it on a news site like the Washington Post or New York Times. Or maybe the Google News algorithm would surface the news from other sources.

I though the news would leak. I thought the campaign would tell a friendly journalist so they can break the story. Or maybe the announcement would come from Biden’s Twitter feed.

The text message at 4:14 pm EDT yesterday was simple. "Joe Biden here. Big news: I've chosen Kamala Harris as my running mate. Together, with you, we’re going to beat Trump. Add your name to welcome her to the team:"

Building fans one text message at a time

By telling his biggest supporters, those who had signed up to receive text messages, Biden built great goodwill with his most passionate fans.

Most members of the media saw the news at the same time, of course, because they too had signed up for the text alerts.

However, for a few minutes, before journalists could quickly write their breaking news headlines and run with the stories they had pre-written, the only people to know the news were fans. And they shared! Fans were in the know! Fans knew the pick even before the New York Times could report it!

It was interesting to see Twitter light up with ordinary people breaking the news to their followers. The hashtags #BidenHarris and #BidenHarris2020 spontaneously popped up on social media, started by fans.

At that moment, I quickly checked out a half dozen news sites. The New York Times? Nothing. Washington Post? Zip. Fox News? Zero. The Boston Globe? Nada. Google News? Crickets.

Biden fans who had subscribed to text messaging were treated like insiders. And for a few minutes, they were! As they shared with friends and family, their status as a Biden superfan who has inside knowledge was confirmed.

Do you tell your fans first?

I’ve noticed that many companies do not practice what the Biden campaign puts into action. They share news via press release without alerting customers. They let the public know before employees. They push something out to Twitter before they share with fans.

When you make your fans feel like insiders, the way the Biden campaign did yesterday, they’re loyal.

PS: Kamala Harris is a Bob Marley fan. I learned this when I met her at a campaign event in New Hampshire last year. Here's a video of she and I geeking out about our shared passion for Bob Marley.

For more stories about US Presidential marketing go here.