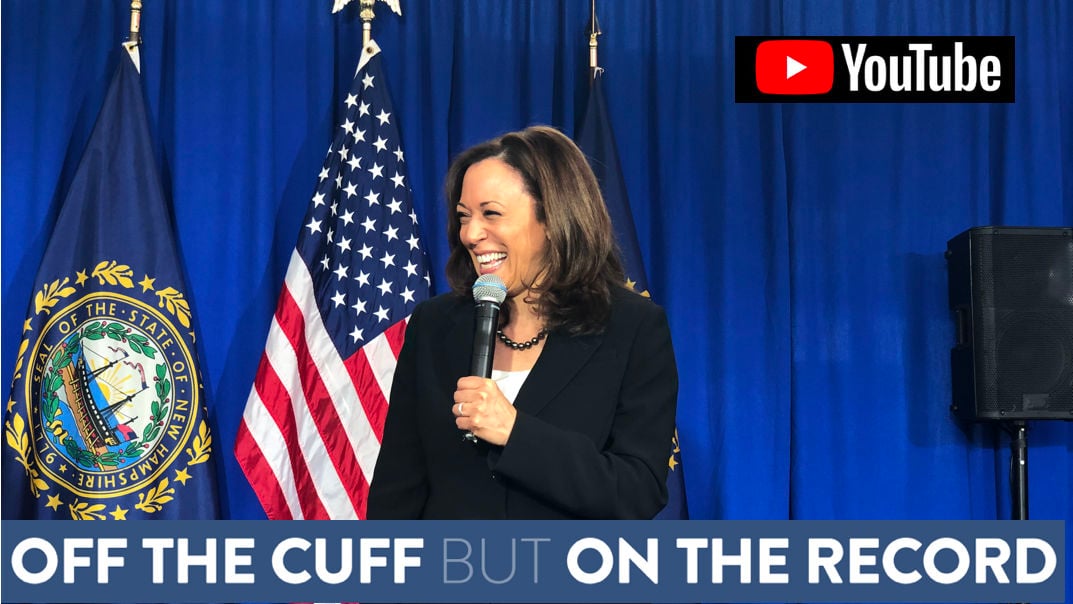 Over the past year, I’ve had an opportunity to visit over 20 presidential candidate town hall events in New Hampshire and I’ve asked each candidate a simple question: “Outside of your work and family, what are you a passionate fan of?” I was so excited when Kamala Harris told me she is a Bob Marley fan because I am too. After the main event was over, I spoke with Harris briefly about how I was the only photographer at Bob Marley’s last concert.

When Kamala Harris said she was a fan of Bob Marley during her town hall event, I was psyched because we share that fandom.

When you share something like the love of a musical artist, there is a powerful human emotion unleashed among two people, something I write about in my new book Fanocracy: Turning Fans into Customers and Customers into Fans that I wrote Fanocracy with my 26 year old daughter Reiko.

I was also excited that Harris was willing to share her love of Bob Marley in such a public setting. There were dozens of journalists covering her event, with video cameras rolling the entire time. Declaring her love of Bob Marley showed a great deal about her personality. Some candidates ignore the directions of my question and talk about family. Others choose to pivot to a talking point.

After the main event, Harris approached me to thank me for my question and I shared with her that I was the only photographer at Marley’s final concert. She then shared memories of seeing Marley live at the Greek Theater in Los Angeles.

Why I am a Bob Marley fan

While in New York City after a gig at Madison Square Garden, Bob Marley learned that he had terminal brain cancer. He headed to his next concert in Pittsburgh anyway, traveling by bus with his band, The Wailers, for a gig at the Stanley Theater two days later in what turned out to be his final concert on September 23, 1980.

On that same day decades ago, I also road tripped to the Stanley Theater to be at the show, although nobody in the crowd knew what the world would learn soon after — Marley was very, very sick.

When I first heard Bob Marley blasting from my friend Ned’s dorm room at the beginning of freshman year, it was like nothing I had heard before. I was hooked and bonded immediately with the others partaking in Marley’s music and all that goes with it.

My friends and I just had to be at that Stanley Theater show, so we drove four hours to catch it. For some reason, I felt compelled to borrow a friend's excellent camera outfit complete with telephoto lens. It was a cosmic thing because I had never brought my own camera to a show before. Since the big Canon looked "official" back in the days of film cameras, the staff let me fire away from anywhere I wanted.

The show was epic. The i-Threes opened — Marley's wife Rita Marley, plus Judy Mowatt and Marcia Griffiths — and I still recall them swaying in time to the music. They did three songs before Bob came out to thunderous applause. He was dancing the entire 90 minute show, except for the acoustic "Redemption Song," which he performed laid back and solo. They did three encores as if Bob just didn't want to leave the stage. Nobody in the audience knew that Bob was sick. His energy level was extremely high and he had total command of the audience.

Little did I know that a film was in the works from Academy Award-winning director Kevin Macdonald. "One of the challenges with Bob is that there's so little great archive footage," says Macdonald.

Marley's last show was a critical aspect of the film and there is no known video or photo record, except my photos. My photos were used in the film and in the trailer — the first two stills are mine. 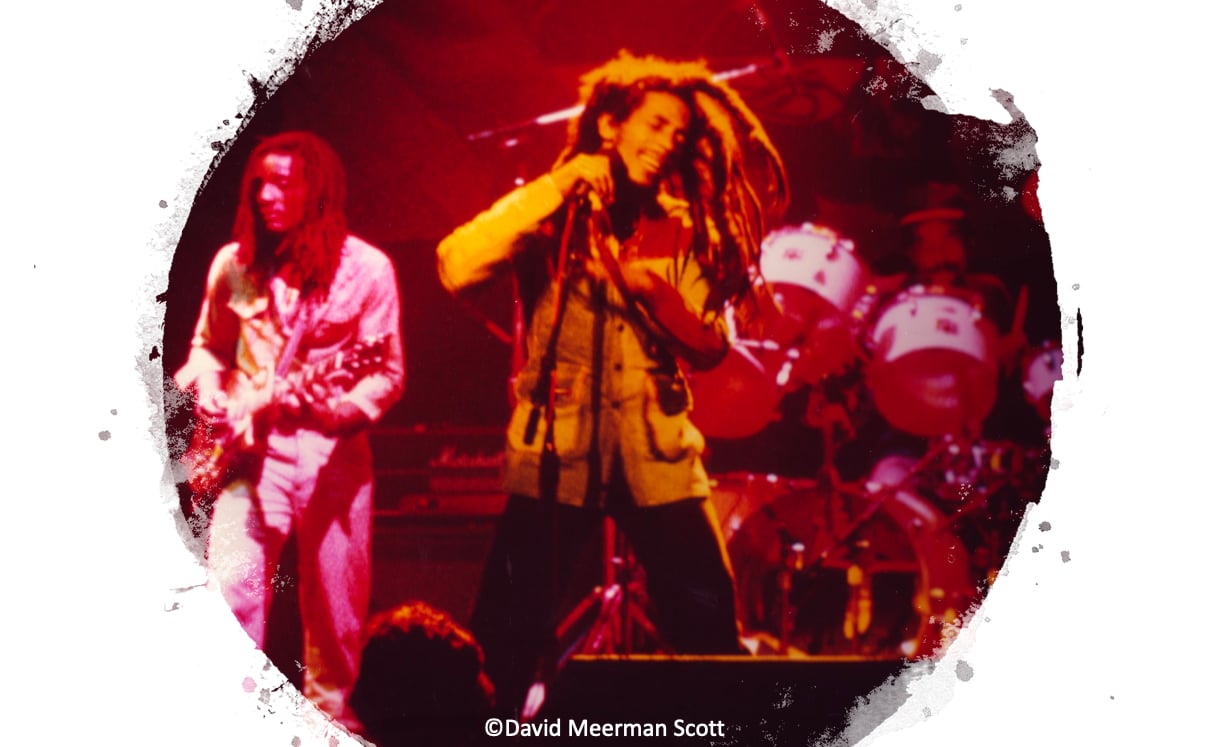 What are the Presidential Candidates fans of?

At the town hall events I've attended, the vast majority of questions are predictable. The same is true at the debates. Candidates are asked about the issues of the day such as climate change, income inequality, taxes, healthcare, the opioid crisis, and so on. Each candidate has already worked up the answers to these questions. Heck, you can find the answers on their websites!

But our question about what they are a passionate fan of is unusual. They aren’t ready for it. After we pose the question, candidates frequently pause to think. You can feel the tension as they consider how to answer.

My daughter Reiko and I thought it would be fun to learn what the Presidential candidates are a fan of. It’s a question they’ve never been asked on the campaign trail, until now!

We've been to see all of the top 10 Democratic Candidates and also went to a Donald Trump MAGA rally (although he did not take Q&A).

How you can use fandom to transform your business

Bob Marley built up a diverse following through authenticity and passion that is still present today. Years later, his music counts presidential candidates like Kamala Harris and marketers like me as long-time fans. My upcoming book explores the impact of fans and their potential to transform your business through genuine, human connection.

If you want to learn more about the power of fandom, check out Fanocracy: How to Turn Fans into Customers and Customers into Fans, which will release January 7, 2020 from the Portfolio division of Penguin Random House.