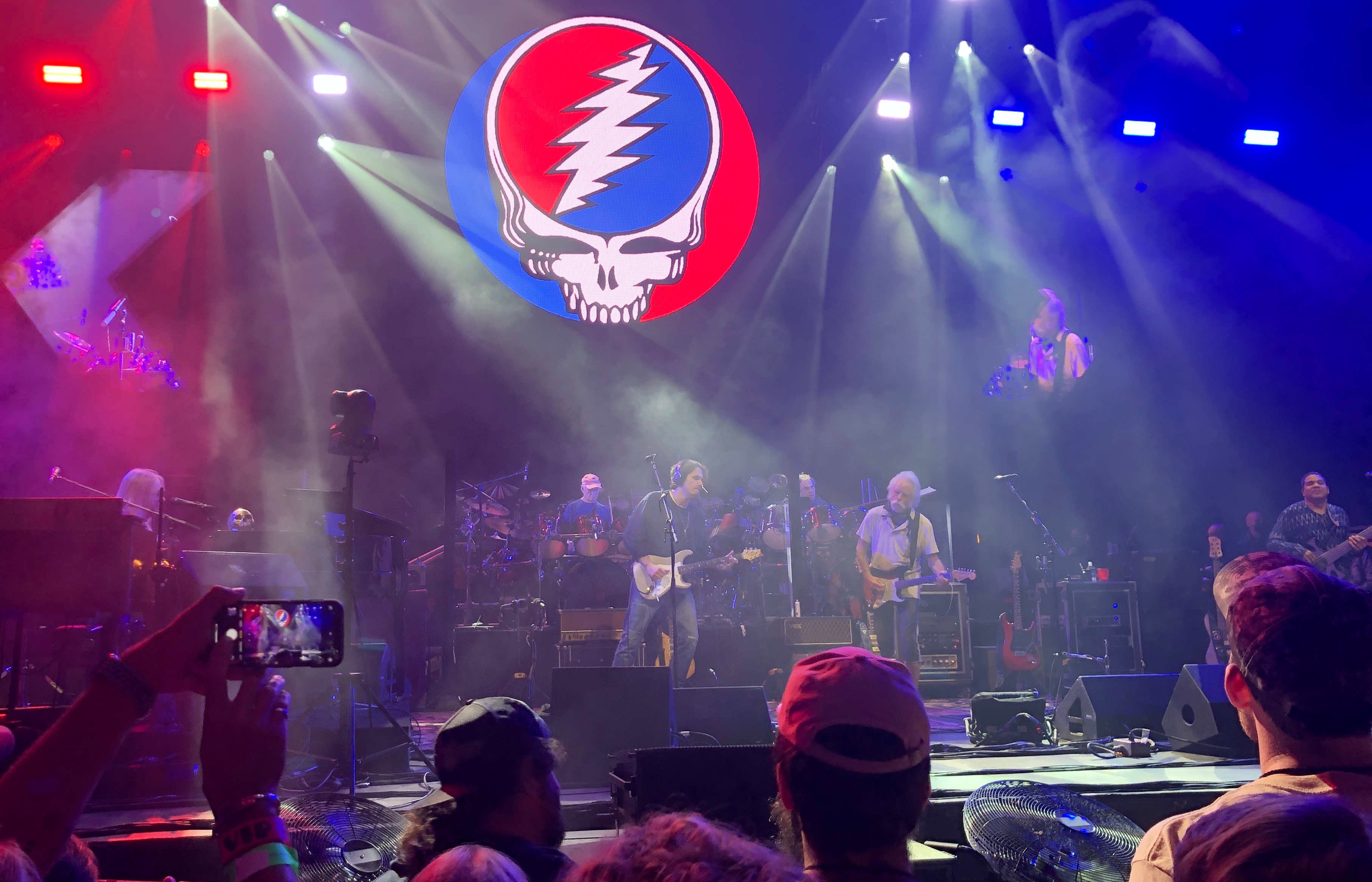 Applying creativity helps builds a unique and sustainable business, one whose products and services people will be eager to buy. Being creative is also a great way to reimagine the world in a way that you can create content about, deliver talks on, or build a consulting practice around.

However, in my work, I see little that is truly creative.

Oxford defines creativity as “the use of the imagination or original ideas, especially in the production of an artistic work.”

However, I like Seth Godin’s definition better: “Creativity is the magical human act of doing something that might not work.”

Last week, after a nearly two year Covid pause, I finally had an opportunity to see several Dead & Company shows. The Grateful Dead is my favorite band, and I’ve been to over 70 shows since 1979 spanning the original lineup, the various early iterations since Jerry Garcia’s passing in 1995, and the current band featuring John Mayer. This band is tight and having fun and the audience is super appreciative to be there after having gone so long without live music.

I love the creativity of Dead & Company. As a jam band, they never play a song the same way. And unlike bands that have the same setlist each night, you never know what they’ll play from night to night. They have nearly 100 songs they can bust out.

And they sometimes work up a new song to play live, like during the first show after Charlie Watts death when Dead & Company played the 1965 Rolling Stones song "The Last Time" as a tribute. The creativity of always mixing it up means that fans like me often go to see them multiple times a year.

Me too isn’t creative

As an investor in and advisor to early-stage startups, I see many companies with ideas along the lines of: “We’re the ______ for _______”. (Frequently it’s the Uber of something.) Or “We’re like ________ but… (cheaper, faster, easier to use). While these sorts of companies might be able to survive, they aren’t the kind of company that I invest in or that I want to advise.

I prefer to work with truly creative startups like Lately AI.

I see similar patterns with business book authors and a lack of true creativity. I’m asked to read books by dozens of authors per year with the goal of me offering an endorsement quote to be used on the book cover and bookseller websites. I’m usually game to look at these books. However, many of them are simply offering the same ideas as other authors.

I’m most interested in books that break new ground and I provide enthusiastic quotes for the authors who write them. For example, I really liked The Undefeated Marketing System by Phillip Stutts, a book showing how to grow a business based on Phillip’s 25 years working at the top levels of US Presidential campaigns.

Seeing unique patterns in the universe

So how do you employ creativity?

What’s worked for me is think of patterns in the universe. I’m always seeing patterns and when I find one that seems unique to me, when I feel strongly, I’m seeing something that others are not, that’s what I want to learn more about. I dig a little and write a little and maybe after a while the pattern I’m seeing turns into a book.

People tell me I’m “creative” in my book ideas. However, I don’t think of writing a business book as creativity. For me it’s simply writing about the unique patterns I see.

For example, in the early 2000s, most people were talking about marketing on the Web as advertising and they spent lots of money on banner ads and buying email lists. At that time, I clearly started seeing a different pattern. For me, the best web marketing was about publishing content, not spending money on ads. At that time, nobody had written a book about this idea, so I got to work.

My resulting book The New Rules of Marketing and PR originally published in 2007 and hit multiple bestseller lists. It is now available in 29 languages from Albanian to Vietnamese. I’m currently at work on a new 8th edition of the book which will publish early 2022.

Another example is the book Marketing Lessons from the Grateful Dead: What Every Business Can Learn from the Most Iconic Band in History which I co-wrote with HubSpot co-founder and Executive Chairman Brian Halligan and Bill Walton, the NBA basketball Hall of Famer and noted Deadhead.

Brian and I saw this odd pattern in the universe: Our favorite band, The Grateful Dead, were marketing pioneers! They created an offline social network before Mark Zuckerberg was even born. They pioneered the idea of giving away free content by being the only band that permitted fans to record their concerts. We just had to write about what we were seeing.

Bringing creativity to your writing

Many people ask me about finding stuff to write about. They know they shouldn’t just talk about their products and services, but they struggle with what else to focus on.

Look around you! What’s interesting? How can you bring a hobby into your writing? What are your passions? What unusual places do you go, or people do you meet? All can be used to create a blog post (or video or tweet or infographic).

Keep your mind open to the content creation ideas all around you.