Less than five minutes into a demo by CEO Kate Chernis Bradley of the Lately artificial intelligence platform for creating social media posts, I knew I wanted to use it in my work. And by the end of our short Zoom call, I knew I also wanted to invest in the company and serve as advisor. It’s been several months since I became involved, and I’m even more excited about Lately now that I have been using it.

Lately is a SaaS platform that automagically turns long-form content such as blog posts, book chapters, audio files, or videos into dozens or hundreds of short-form social media posts. The initial drafts created by the AI engine, which are ready to be published on social networks like Twitter and LinkedIn, are fully editable and can be reviewed by others on a team before they are published.

How I use Lately

I particularly love that social posts can be scheduled into the future.

I typically write and publish a blog post weekly. Prior to using Lately, I would send out one tweet and one LinkedIn update linking to my post just after I publish it.

Now, using Lately, it takes me less than five minutes to autogenerate, edit, and schedule a dozen or more different social shares with hashtags and links pointing to my post.

The Lately AI is really good at picking a sentence or two out of a blog post that would make for an ideal tweet. It’s not perfect, so I usually edit about half of the posts slightly before scheduling and there are usually a few that I delete without sharing.

I typically use Lately to schedule social shares from a blog post to go out twice per month. It’s an easy way to create a queue of social shares that go out on a regular basis. My queue is now up to more than 60 posts scheduled to go out over the next year.

Because the links from each share point back to my blog post, I know that I’m using the platform to deliver valuable information to my followers. (I don’t use Lately to sell or to promote products.)

I drop an audio file into the Lately A.I. engine and the first step is the creation of a text transcript of the audio track. Then Lately creates short sharable text much like I talked about with my blog posts.

However, there’s the added “wow factor". The autogenerated text from a long video then synchs to create a short, snackable video clip from the same part of the video as the text that was chosen to share.

Draft tweets and LinkedIn posts with the text and the video clip are then ready to be edited, scheduled, and scheduled to send out.

Regular readers of this blog know that I am super critical of some aspects of how AI is used. For example, in my post Facebook AI Algorithm: One Of The Most Destructive Technologies Ever Invented I didn’t mince words about how much I loathe the Facebook newsfeed engine. The Facebook algorithm leads tens of millions of its 2.7 billion global users into an abyss of misinformation, a quagmire of lies, and a quicksand of conspiracy theories.

Kate knows that AI run amok isn’t helpful. Prior to starting Lately, she was a marketing agency owner and a rock DJ for Sirius XM Radio with a show that enjoyed an audience of 20 million listeners. Kate and the team are always looking to make sure that the technology is always helping humans, both content creators as well as those who consume the content. 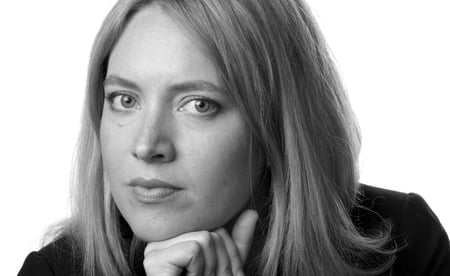 Like me, Kate sees the power of AI, but knows it’s just technology. It doesn’t sell itself.

“Funnily, I often take the AI for granted,” she says. “Because that’s never been the hard part; you watch a demo and you lift your jaw up off the floor. The hard part (other than the avalanche of foibles that come with running any startup) has been communicating what it is we’ve built. Showing works. Telling less so, LOL. You can imagine, as a marketer, that’s a wee bit embarrassing!”

Many people know I’m a massive live music geek and that my book Fanocracy is a deep dive into fandom. When I first connected with Kate, we discussed music for quite a while before we got into Lately. What fun. Hopefully the world will start spinning again very soon and I can meet Kate in person. Perhaps we’ll even catch a show together.

“David is obviously the ideal person the universe could have dreamed up for me to have met,” Kate says. “Music, marketing, fandom. Even though the AI gets the top bill at Lately, the bedrock of what goes into it is all based on what I learned in radio and as a marketing agency owner drowning in spreadsheets. That sounds crazy. And it is. But also cool as hell.”

Here’s a link if you’re interested in seeing a demo of Lately or organizing a trial.

Disclosure: As I mentioned above, I am an advisor and investor in Lately. And I’m now friends with Lately’s CEO too.