One word makes a difference 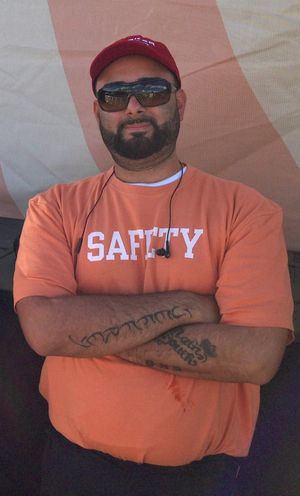 On Saturday I caught the Life is Good festival. It was a beautiful day in the Boston suburbs made better because all profits generated from the festival (over a million dollars) are going to Children’s charities. For those music geeks reading this, my favorite act was the amazing 14-year-old Quinn Sullivan.

I noticed at Life is Good the officers who are typically called “Security” are called “Safety.” It’s a huge distinction.

I frequently go to rock concerts and festivals and the typical black T-shirt wearing security people imply that their primary job is to protect the artists against the menacing fans.

Yet at Life is Good, the Safety officers give off the vibe of “where here to help you enjoy yourself.” They wear friendly orange instead of dangerous black. I noticed many people asking the safety guys questions, which is rare at the many hundreds of shows I’ve seen with the typical security guards.

It’s interesting that the officers are outsourced from Marker Protection Services so festival organizers chose what to call them.

Of course, most organizers default to “security” because, well, that’s what everyone calls them.

Changing just one letter made another interesting distinction. At most festivals, the high priced hospitality area is called “VIP” for “very important people.” The implication is that if you pay an extra $500 or $1,000 for a weekend you buy importance.

However at Life is Good, the hospitality area which like most festivals has comfortable seating close to the stages with free food and drinks, is called “VGP” for “very good people.” The way to get in is to raise money for the Children’s charity that was supported with profits from the event. The implication, of course, is if you raise $500 or more you’re “good.”

One more example from the show: Bert Jacobs, co-founder of the Life is Good apparel company, said from the stage that the phrase “I have to” has been banned from their company. He says that life is good and the simple task of going to the store or doing the laundry is something you “get to do.” He talked about people who might be blind, or have only one leg, or some other issue making it difficult to do a simple task. We should all celebrate that we are alive and that we have an opportunity to get to go somewhere or do something because many people don’t or can’t.

One word makes a difference

These simple distinctions are fascinating to me.

I went to the festival to catch some good music and some of the last warm days of the Boston summer. I got all that. But I came away with something more: A lesson on word choice.

I’m going to be re-thinking some of the words I use. Perhaps you will too.

Thanks for my friend Jay Blakesberg for the security photo below. 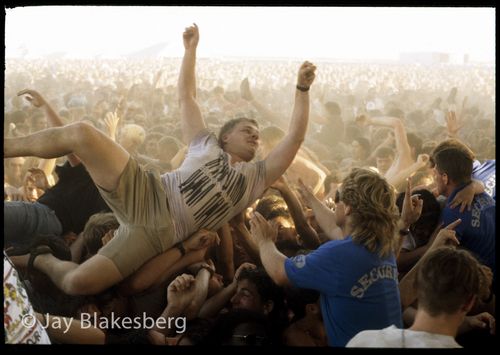