Lisa Genova created one of the coolest World Wide Raves I've seen. She is the author of Still Alice, a novel about a young woman's descent into dementia due to early-onset Alzheimer's Disease. I met Lisa at Grub Street Writers in Boston where we both lamented the traditional conventions of book marketing and strategized on how we can market our books ourselves using social media. 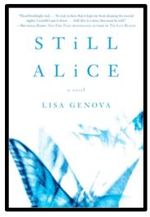 After she wrote Still Alice and was ready to get it into the market, Lisa spent a year trying to get literary agents and editors at publishing houses to speak with her. The editors all treated her as yet another aspiring writer not worth their time, and the few literary agents she managed to reach thought her novel wouldn’t sell.

Don't take no as your final answer!

Instead of letting "rejection" mean no book, she created a web site with valuable information about Alzheimer's Disease and started a blog. In addition, she worked with the Alzheimer's Association to establish a blog on the association site. Still Alice, although fictional, was still a truthful and respectful depiction of life with the disease and her free Web content resonated with tens of thousands of people who talked about her ideas.

"I received lots of email from people who thanked me for writing the book," she says. "For someone with Alzheimer's or a caregiver of a loved one with this, to tell me that I got it right, that it’s uncanny how true it all was, that they saw themselves all over the book, well that's the highest compliment I can get."

As a result of Lisa's World Wide Rave plus the measurable sales success on Amazon.com and other online booksellers, Lisa generated buzz in the book world too. "An agent contacted me and I signed with her," she says. "Still Alice sold at auction in June 2008 for just over half a million dollars to Simon & Schuster." The first print run of the new edition of the book was 250,000 copies and translation rights have sold to ten foreign countries so far, with more in the works. In addition, Still Alice won the 2008 Bronte Prize.

The new edition of the book was released in January 2009 and in both of the first two weeks of availability made the New York Times Bestseller list.

Remember, this was a book that the "experts" said wouldn’t sell.

What an amazing success story! 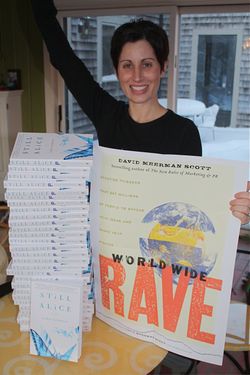 One person with a self-published book who had been ignored by the entire book trade shared her enthusiasm, generating a World Wide Rave within a specific group (people who care about Alzheimer's), and the result is the fulfillment of a dream—the chance to share her passion for the subject with people who care—not to mention a huge book deal from a major publisher.

"Do I think that my Web site, reviews at Amazon, my blog, interviews on podcasts, profiles at MySpace [and sites for book lovers], and reviews of Still Alice at other blogs, links at my Web site to traditional press on the book, all contributed to the bidding publishing houses' ability to see the market potential for Still Alice?" Lisa asks. "I absolutely do!"

"It feels like I'm been trying to storm the castle of traditional publishing for more than two years. I'm bloody and sweaty. But they finally let me in, and now they are welcoming me. I know so many aspiring writers who are sitting in a holding pattern, with a work completed, waiting to find a literary agent. They're stuck, unable to give themselves permission to write the next book because they’re waiting to find out if their work is 'good enough'—waiting to find out if they're a 'real writer.' This state of waiting, of not writing and self-doubt, is the worst state any writer can be in. My advice is this: If you don't find a literary agent falling into your lap quickly enough, if you feel like your work is done and is ready to be shared with the world, self-publish. Give your work to the world. Let it go.

You absolutely have to have a Web site. Get a profile up on Facebook and MySpace right away. When you get press, people will immediately want to go to your site. And link to the amazing reviews and news that comes out. Your site is your business card; it is how you show the world what you’re doing. A site facilitates everything you’re trying to do, and you don't need to spend thousands of dollars. You can do it yourself."

Thank you Lisa for this inspiring story. A longer version of the story of Still Alice is in my new book World Wide Rave along with stories from over 30 other successful people.