When a Trademark Is a Bad Idea 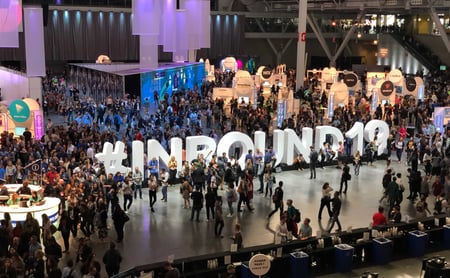 I’m just back from the HubSpot #Inbound19 conference. This year 25,000 people convened in Boston to learn about inbound marketing, sales, and customer support. A Google search returns more than 50 million hits for the term “inbound marketing” coined by HubSpot, but not trademarked. Would millions of people be talking about inbound marketing if HubSpot had claimed this phrase as their own with a trademark and not let others freely use the term?

When practically all businesses slap a trademark on terms they coin, my contrarian view is seen by many as radical. I’ve debated with many people the wisdom of going all legal rather than thinking about your goals and what you want to achieve and a deep consideration of how a term you invent might explode in popularity, bringing business to your doorstep.

You have a choice for how you share your ideas! 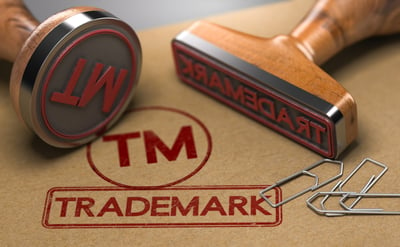 The legal perspective is one route, but equally valid is the marketing perspective. Sharing ideas might be much more important to your brand than asserting ownership.

(Note that I am not a lawyer and am not offering legal advice here. Instead offering an alternative to what the vast majority of people do.)

About a decade ago, I pioneered the idea of newsjacking. I wrote the book, I bought the URL, I did speeches on the topic, I wrote articles and gave interviews. However, I did not try to “own” the word. Instead, I wanted others to use the word “newsjacking”. If they pointed to me, great. If not, that was okay too.

Now, every single day, other people talk about newsjacking and share it on the web and in social media. There are hundreds of thousands of Google hits and I own the top results. And newsjacking is even listed in the Oxford English Dictionary!

If I had tried to slap a TM onto newsjacking, it would have likely faded into obscurity.

The same is true with the phrase "inbound marketing". HubSpot co-founders Brian Halligan and Dharmesh Shah wrote the book Inbound Marketing (I wrote the foreword to the first edition). HubSpot made the term central to their marketing but they did not to own it. THey let others write about inbound marketing, speak about it, write books about it, and establish conferences about it.

HubSpot now has around 65,000 customers and they expect revenue for 2019 to be more than $650 million. What those numbers be if "inbound marketing" wasn’t made available for people to share?

The idea here is simple. You can either allow people to share your content or you can slap ownership on your stuff with a TM next to it which means people will not talk about you.