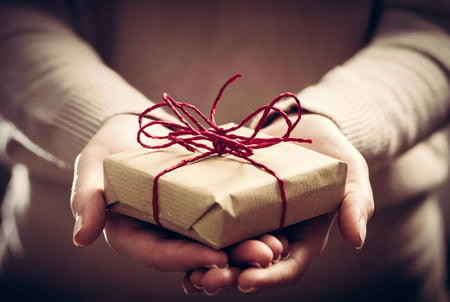 In our fast-paced digital world, we are constantly bombarded with offers, opportunities, and opinions. The cluttered nature of the digital age means that we have a mere fleeting moment to leave an impression.

When we have only those few seconds, most people and the organizations they work for act as if they shout louder, use brighter colors, or make their web popup more intrusive, they’ll succeed in getting someone to stick around. They act as if fighting even harder and more ruthlessly for the attention span of would-be followers, they’ll “win.”

Doesn’t this sort of arms race leave us all defeated?

There’s a better way. A simple and powerful opportunity. We break transactional patterns by doing the opposite of what’s expected.

Give a gift without any expectation of something in return.

Your gift could be a “How to” video, a research report, a podcast, or an infographic.

However, the key is that it is a gift given with no strings attached. Don’t require an email signup. Don’t coerce. Instead, offer the universe something of value because you care.

The Grateful Dead: The gift of free music

I first became aware of the idea of giving away something of value as a way to build a fan culture was when I was a teenager. I was (and as many readers know, I still am) a live music geek.

There was one band that developed fandom by giving a gift. Unlike all the other musical groups whose tickets or signs at the venue read “no recording allowed,” the Grateful Dead encouraged concertgoers to record their live shows.

The Grateful Dead gave the gift of free music taping, and that’s how people like me first heard the band. Tapes were shared one person to another in an early social network before the Zuckster was even born. Concert tapes created a community that became a Fanocracy for the Dead.

People who heard the tapes wanted to see a show themselves and that led to the band becoming one of the most successful touring acts in history.

And it continues to this day. Three surviving members of the band have toured as Dead and Company since 2015. They just sold out 3 nights in Mexico in January 2022 in just a few minutes at ticket prices starting at $2,000 a person. Demand was so high for Playing in the Sand they added a second weekend of 3 nights. The Grateful Dead fandom community is still going strong 56 years after the band started! 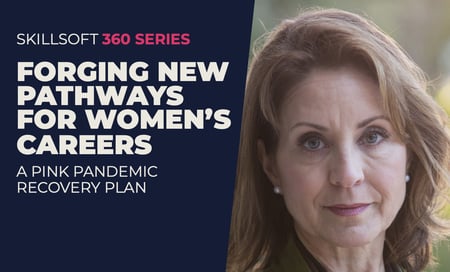 Giving gifts is not just consumer marketers like the Grateful Dead. Business-to-Business organizations can give gifts too.

The report provides an in-depth look at the impact that COVID-19 has had on the world’s working women as well as ways that learning can play a pivotal role in addressing gender-based inequities.

There is a great deal of information that was surprising to me in the report. For example, in Q1 2021, only 57% of U.S. women are working, the lowest number since 1988. Many women fortunate enough to still have jobs have cut back their hours — at a rate of five to one over men. It’s clear that the pandemic is disproportionately affecting women and this trend is true in Asia, Australia, and Europe as well.

Skillsoft offers many suggestions for women and their allies to address these trends within the report.

For an even deeper dive, check out the two-part episode of The Edge podcast hosted by Skillsoft CMO Michelle Boockoff-Bajdek Women in Exodus: Reversing the Pandemic’s Unjust Effects. Michelle chats with her co-authors of the Forging New Pathways for Women’s Careers report.

“We’ve lost ground on the gender inequality issues that we’ve been working so hard to address. The impact of COVID will be felt for decades,” Michelle says.

The company also has other ways to learn, including making the Skillsoft course Developing Women Leaders available for free. Why do women still find it difficult to attain top leadership positions? The course addresses barriers to women’s advancement as leaders and ways to break through them.

As my daughter Reiko and I learned in our research for our book Fanocracy, giving gifts with absolutely no expectation of anything in return is an excellent way to build fans. People remember a thoughtful gift and they frequently do business with the company that helped them for years to come.

Disclosure: I have delivered talks at several Skillsoft events as a paid speaker, and I have done advisory work for the company.