Written by David Meerman Scott on May 4th, 2020 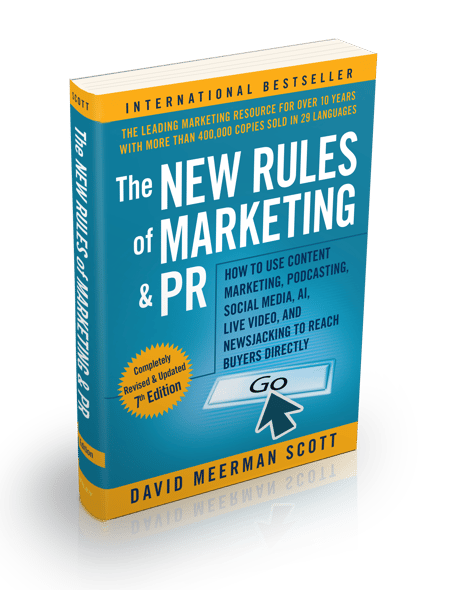 I’m super excited that the brand spanking new seventh edition of my book The New Rules of Marketing and PR is out!

When I was researching and writing the first edition way back in 2004 through 2006, I never could have imagined that it would still be selling strongly thirteen years after initial publication and it would be available in 29 languages from Albanian to Vietnamese.

I’m also flabbergasted that The New Rules of Marketing and PR is used in hundreds of universities around the world, in marketing and public relations classes and in entrepreneurial studies and MBA programs.

Considering that I never took a business course, never took a marketing course, and do not have an MBA, I think it’s thrilling that my work has allowed me to sneak into the back door of these programs.

Thank you to all who have read New Rules over the many editions and shared with others!

And thank you to my long-time publisher, Wiley, for the hard work over the years to publish New Rules. You are a great team.

While many things have changed since the first edition in 2007, the strategies outlined in the book have remained constant through the years.

There used to be only three ways to get noticed: Buy expensive advertising, beg the mainstream media to tell your story for you, or hire a huge sales staff to bug people individually about your products.

Now we have a better option: publishing interesting content on the web, content that your buyers want to consume. The tools of the marketing and PR trade have changed. The skills that worked offline to help you buy or beg or bug your way into opportunity are the skills of interruption and coercion.

Online success comes from thinking like a journalist and publishing amazing content that will brand you as an organization or person it would be a pleasure to do business with. You are in charge of your own success.

What’s new in the seventh edition

When I was writing the first edition, Google didn’t index in real time (remember that?!) and MySpace was the most popular social network (yikes!).

With each new edition, I make sure the latest tools are included. Now Twitter is an essential tool of marketing, and as of this writing Facebook reports  2.45 billion monthly active users around the world. And those are just two examples.

I have checked every story, fact, and figure. But I’ve also listened. In the past decade, I’ve met thousands of people like you, people who have shared their stories with me. I have drawn from those experiences and included in these pages many new examples of success. For those of you who have read earlier editions, you’ll still find many fresh ideas, stories, and examples in these pages.

Here’s another example of how the ideas in this book have become mainstream: I first wrote about newsjacking, the art and science of injecting your ideas into a breaking news story to generate tons of media coverage, get sales leads, and grow business, back in 2011. I’m honored and grateful that because of people like you who learned about my pioneering ideas around newsjacking in this book the concept has become incredibly popular because of people like you, who learned about it in revised editions of The New Rules. In fact, Oxford Dictionaries listed “newsjacking” in the Oxford English Dictionary in 2017 and named it to the short list of contenders for word of the year.

Since the last edition of the book was published, the number of people using voice assistants from the likes of Amazon, Google, and Apple has dramatically increased. That means understanding how people use voice to ask questions has become an important aspect of Search Engine Optimization and I’ve added a section about this. 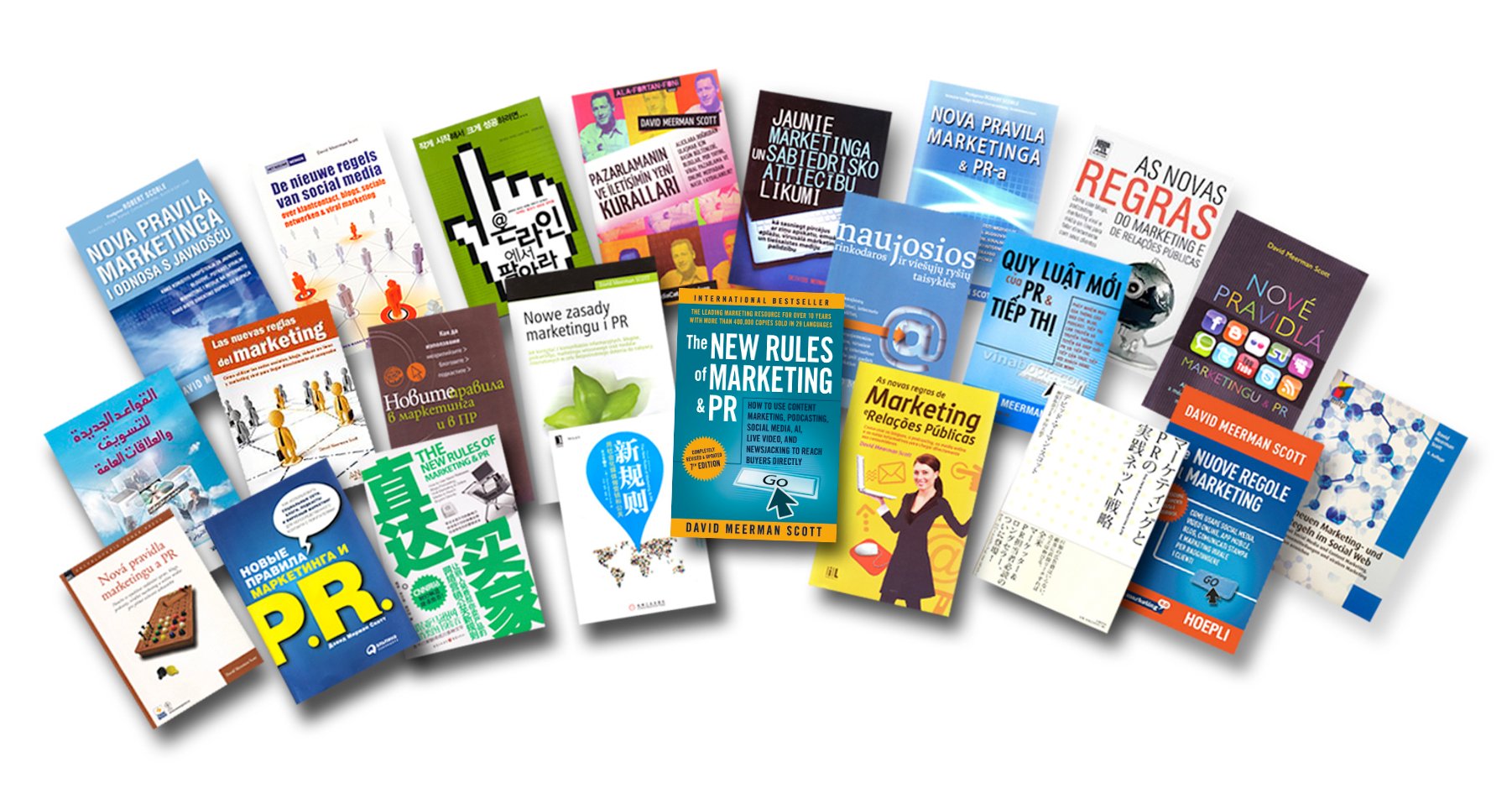 I’m most excited that the seventh edition includes a brand-new chapter on Artificial Intelligence (AI) and Machine Learning.

Since the last edition of the book was published, the rise of AI in marketing and public relations has become an important way to automate routine tasks to save time and money as well as to increase the success of marketing initiatives.

The chapter explores ways that AI can help marketers, such as analyzing which blog or email newsletter topics has the greatest chance of getting seen and shared, the best ways to write headlines for maximum exposure, the best time and day to post it, which channels are the best to share it on, and what hashtags are appropriate to use.

As you consider AI in your organization, think about the routine tasks that drive business value that might be possible to automate. Even if you’re not using AI yet, you need to know what’s possible in this, perhaps fastest changing aspect of marketing.

In early 2019 Google shut down its social networking service Google Plus (G+), so I needed to remove that section from the book.

Google Plus launched in mid-2011 to great excitement. Initially available by invitation only—a clever ploy to get early adopters like me to sign on—G+ became the fastest growing social network in history when it opened to everybody in September 2011.

However, once people started to use the service, it didn’t seem much different than Facebook. Most didn’t stick around.  Less than a decade after launch, the service was abruptly shut down.

We can learn several lessons from this saga: (1) “Me too” social networks never succeed, and (2) never tie the majority of your personal brand to a single social network.

I got used my scalpel to cut other stories and concepts that I felt were no longer appropriate, including the entire chapter on viral marketing that was in previous editions.

With the tremendous rise of social media, newsjacking, and real-time connections between people around the world, the fact that information travels quickly and grows in reach is an aspect of many ideas in various chapters in the book.  The idea of viral marketing no longer needs its own chapter.

Availability of the Seventh Edition

The new edition is releasing around the world in print and in ebook format today. It may take a bit longer to be available in print in some countries depending on delivery speed to ship physical books.

The latest audiobook is the sixth edition, which I read myself. (We are not currently planning to make a new audiobook version of the seventh edition.)

Here are a few places to buy the new seventh edition:

Some people such as Mark Amtower tell me they read each and every edition as it comes out. Thank you to those who do!

Thanks again to all of you who have been there with me throughout this amazing journey. We've accomplished a lot together!