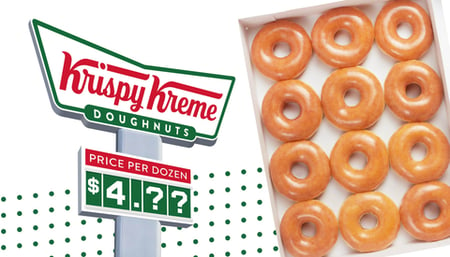 I love this example of newsjacking from Krispy Kreme®. Playing off the surge in gasoline prices in the USA, the iconic glazed doughnut purveyor has priced a dozen doughnuts the same as the average price of a gallon of gas on Wednesdays for the next several weeks.

Newsjacking is the art and science of injecting your ideas into a breaking news story, so you and your ideas get noticed.

A press release Krispy Kreme® Taps ‘Strategic Doughnut Reserve’ To Help Guests Beat the Pump On Wednesdays provides all the details of their newsjacking strategy. 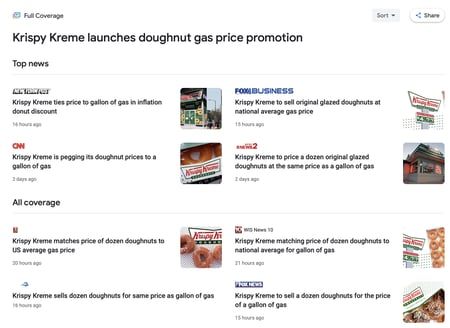 While Americans deal with the rising PPG – price per gallon – of gasoline, we’re lowering our PPOG – price per Original Glaze,” said Krispy Kreme Chief Marketing Officer Dave Skena. “Inflation and high gasoline prices are serious and forcing families to make tough tradeoffs. We know that despite the high gas prices people have to be out and about anyway. So, for the next several Wednesdays, we hope providing a little doughnut deflation will allow them to share some smiles during a difficult time. A dozen Original Glazed Doughnuts for the price of a gallon of gas will help our fans make midweek a little sweeter for their friends and family.”

The clever newsjacking was also shared on the company’s social media accounts including the Krispy Kreme Facebook page.

This is a great example of how a clever and funny promotion plays perfectly off the news of the day. Here are some other newsjacking examples I’ve written about.