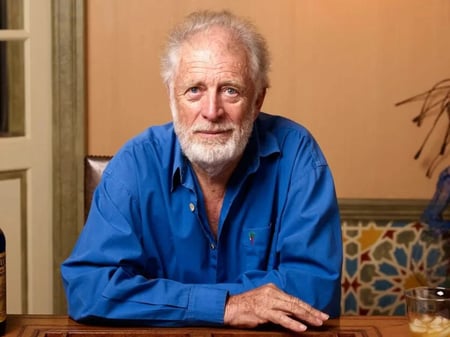 As we prepare to enter 2023, let’s look at Chris Blackwell, a man who has spent a lifetime following his passions. It’s not just that he’s been super successful in the music business, having been inducted into the Rock and Roll Hall of Fame in 2001. More than that, he’s living life and doing business focused on his own enjoyment.

If I were more of an entrepreneur than I am, I can’t imagine a more appealing portfolio of businesses than Chris has founded. Besides a record label, he’s also been involved in movies (including “The Harder They Come”), the resort business, and he even has his own brand of (delicious) rum. 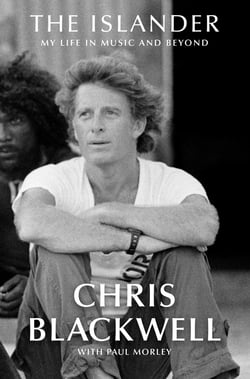 Chris is best known as the founder of Island Records, initially focused on introducing Jamaican music to the world. He had initial success in 1964 with the international smash earworm My Boy Lollipop.

Soon he was working with Bob Marley and together, their partnership changed culture as reggae music appealed to millions of white audiences around the world. He also produced reggae stars Toots and the Maytals, Burning Spear, Inner Circle, Black Uhuru, Third World, and many others.

Moving beyond reggae in the 1970s and 1980s, Chris and Island Records signed such iconic acts as U2, Traffic, Emerson, Lake & Palmer, Jethro Tull, Cat Stevens, Roxy Music, Grace Jones, the B-52s, Robert Palmer, and many others.

When I was in high school and college, I paid attention to record labels. My collection included more Island artists than any other. It seemed like everything Island put out was great and it was eclectically different, from new wave to reggae to pop to prog.

Considering I am a massive Bob Marley fan, I appreciate what Chris did to introduce him to the world. The partnership between Chris and Bob had a massive influence on the music business.

Now Chris is focused on his Jamaican resort properties. He owns GoldenEye near Ocho Rios on Jamaica’s North Shore. The property was originally owned by Ian Fleming where he wrote all of his James Bond novels. Each one of the private villas, cottages and beach huts is set amid tropical gardens, private beaches and secluded coves.

My wife Yukari and I visited Goldeneye last month and had a wonderful time. It is truly a resort like no other we have experienced and that’s a testament to Chris’ imagination. The open-air bar plays classic reggae. Each cottage like the one we stayed in is located on the water and includes a kayak for excursions day and night. There’s a reef with good snorkeling right off the beach. This place is laid back and chill, like a Bob Marley song. 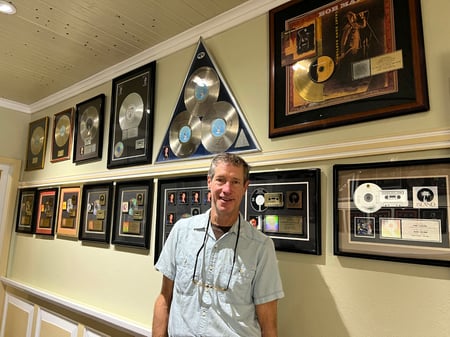 Chris also owns Strawberry Hill, in Jamaica’s Blue Hills. We also stayed here for a few days to relax. I loved visiting his “gold record room” where I knew most of the albums on display.

Reading Chris Blackwell’s book, The Islander: My Life in Music and Beyond, I was struck by how he spent his entire life doing what he loves and turned those loves into multiple businesses.

Often, Chris’ ideas seemed odd, like introducing Jamaican reggae to people in Europe and North America who love rock. But by following his own path, he has enjoyed a wonderfully eclectic, successful, and fascinating life.

As Bono says, Blackwell “is an adventurer, an entrepreneur, a buccaneer, a visionary, and a gentleman.”

We can all learn from Chris. I know I have.