While a great virtual event is more like television than theater, that is not the whole story. If you only focus on the TV part, you miss the opportunity for the audience interaction. The reality is that online consumer expectations have been highly shaped by social media. They expect real-time interaction, along with time-shifted or on-demand experiences.

One of the best aspects of an in-person event is an audience being together, interacting, learning from one another and making professional connections. When people meet at the meals, coffee breaks, receptions, or while waiting for a keynote to start, a powerful tribe of like-minded people can develop.

People come back to an in-person event year after year because an organization has built a Fanocracy around their event. The challenge for online events is to develop that tribe. To do so, they must facilitate interaction among like-minded people.

The same thing is true about virtual events. People come together around an interesting topic and interact with speakers and one another. And that is an important key to successful virtual events: real-time audience interaction.

If one-way broadcast events were enough, we could all just tune into TED talks, which are interesting and valuable (and free). The TED YouTube channel has nearly 18 million subscribers. But a TED talk is different than a live virtual event because it lacks audience interaction.

Most virtual events fail to provide audience interaction because they simply try to recreate the stage experience from a physical event. They deliver a passive experience for the audience. So, they miss ways to use online tools to develop interaction between people. 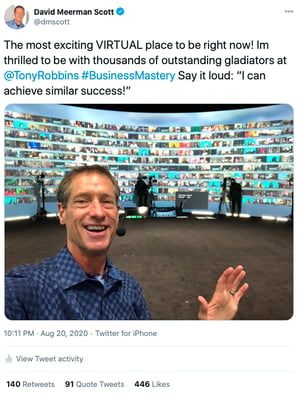 If you do focus on offering live virtual sessions, there are a number of ways to involve the audience in a virtual presentation. However, keep in mind that each virtual event platform is different. Some offer a full suite of interactive features while others do not. Zoom, for example offers the possibility of putting a subset of attendees into breakout rooms for more intimate discussions. This can be much like what would occur at a round table of six or eight people over lunch at an in-person event. Other platforms, however, do not offer this feature.

My co-author on our book Standout Virtual Events: How to create an experience that your audience will love, Michelle Manafy, has used breakout rooms to provide focus groups around specific areas of interest or concern. For example, with a panel discussion, each panelist might lead specific breakouts with small groups of attendees as a premium value add.

Chat is another feature offered by most virtual event platforms. I like to immediately start out my talks by asking people to share something that they are a fan of. It could be a band, a sports team, something they like to do for exercise, a company, a product. Attendees type this into the chat feature of whichever events platform is being used. As people’s fandoms scroll by, he reads some out loud, and of course, the audience can read along as well and see others’ responses. This gets the audience involved from the first minutes of the talk.

If an event platform includes a polling feature, I might pop up a poll every 10 minutes or so. Michelle finds polls particularly useful before a session goes to Q&A to get people buzzing about something thought provoking or controversial from a talk.

Capitalizing on the features of the virtual event platform changes what would otherwise be a one-way delivery of content to be an interactive experience involving each audience member.

Social media is another great way to get people involved. For example, Twitter is an ideal back channel for people to communicate before, during and after a virtual event.

The key is choosing a unique hashtag that will aggregate all the tweets of people who use that hashtag into one feed so people can see what is happening in real-time. Many virtual event planners with good intentions choose a hashtag that is already being used by another event or for another purpose. Make sure you do a search on Twitter and other social networks for that hashtag to see if it is already being used. You want to your hashtag to be unique to your event or event series. 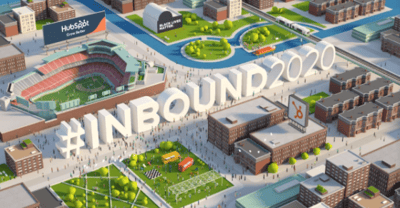 Some events use the same hashtag for their in-person events year after year while others create a unique hashtag each year, typically by adding the year after the event name. Sometimes, a hashtag grows organically as people gravitate towards it so keep in mind that there may be more than one active hashtag around your event. For example, most people who attended HubSpot’s virtual INBOUND 2020 event used the official #Inbound2020 hashtag. However, many also used #Inbound and I even saw a few people using #Inbound20.

Ideally, you would choose a hashtag as early as possible, preferably before you announce your event. Then, mention the hashtag in all your communications as you launch your virtual event, on the event website, and in all your social media posts, and emails to attendees. Ask speakers, sponsors, and affiliates to all use the hashtag as they announce their participation.

During the event, it is a good idea to have somebody on your team monitor social media and share posts on the social networks, ensuring that each one includes the hashtag.

This post was adapted from Standout Virtual Events: How to create an experience that your audience will love.