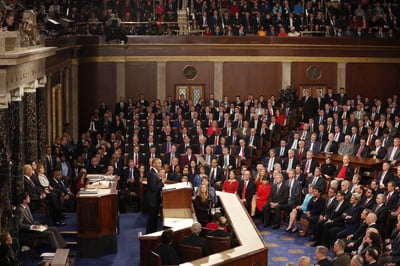 Last night, President Obama delivered his eighth and final State of the Union address. It was an amazing display of his formidable communications skills.

The president quickly touched on partisan issues that he’s championed and then moved to areas that he will focus on during his remaining year in office and his vision for the nation in the five and ten years beyond.

The President ended his remarks with a call to greater cooperation. Soaring like a preacher in his pulpit, Obama said, "Democracy grinds to a halt without a willingness to compromise, or when even basic facts are contested, and we listen only to those who agree with us. Our public life withers when only the most extreme voices get attention."

The White House prepared an excellent #SOTU micro site to provide the video of the speech, the full text (presented on the Medium social platform), and background data. If you didn’t see the speech, I encourage you to do so. It is a communications triumph. 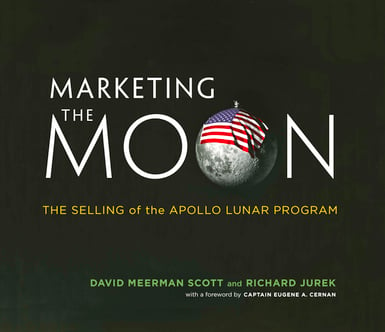 My favorite part of the speech was the President’s hysterical line: “Sixty years ago, when the Russians beat us into space, we didn’t deny Sputnik was up there.”

He continued after the laughter died down, “We didn’t argue about the science, or shrink our research and development budget. We built a space program almost overnight, and twelve years later, we were walking on the moon.”

And as Rich Jurek and I wrote in out book Marketing the Moon, the Apollo program was a conquest of marketing as much as a technological achievement. A government program whose standard operating procedure had been secrecy turned its greatest achievement into a communal experience via content marketing. In Marketing the Moon, we tell the story of one of the most successful marketing and public relations campaigns in history: the selling of the Apollo program.

"Marketing the Moon is a feat! A giant leap! Bravo." – Tom Hanks, co-producer From the Earth to the Moon, actor Apollo 13

As we learned in conducting the research for our book, the marketing and public relations aspects of Apollo required new thinking.

President Obama then pivoted from the Moonshot line to propose a new moonshot.

“That spirit of discovery is in our DNA. We’re Thomas Edison and the Wright Brothers and George Washington Carver. We’re Grace Hopper and Katherine Johnson and Sally Ride. We’re every immigrant and entrepreneur from Boston to Austin to Silicon Valley racing to shape a better world. And over the past seven years, we’ve nurtured that spirit.

But we can do so much more. Last year, Vice President Biden said that with a new moonshot, America can cure cancer. Last month, he worked with this Congress to give scientists at the National Institutes of Health the strongest resources they’ve had in over a decade. Tonight, I’m announcing a new national effort to get it done. And because he’s gone to the mat for all of us, on so many issues over the past forty years, I’m putting Joe in charge of Mission Control. For the loved ones we’ve all lost, for the family we can still save, let’s make America the country that cures cancer once and for all.”

The Marketing and Communications Imperative in Curing Cancer

To realize the ambition of a new moonshot, President Obama and Vice President Biden must make the marketing and public relations aspect of the fight against cancer a high priority.

It’s not enough to say it in a speech, the administration must get the American people behind the effort.

We need to feel ownership like we did during the 1960s. People said, “We’re going to the moon,” back then. We need to be a part of the cancer program too. We need communications to get the entire country behind the effort so that we say, “We’re curing cancer together.”

It’s not enough to just focus on the science of cancer. We need to educate and inform.