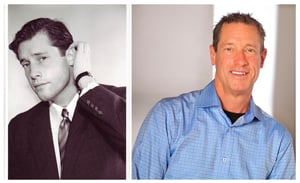 When I first entered the workforce upon graduation from university, my Wall Street job meant that I wear a suit and tie with polished shoes every day. But gradually, over the several decades since, dress codes for men and women began to relax, first with casual Friday and later with casual every day. I’ve noticed a similar trend in communications over roughly the same time period. Thanks to social media, many people and organizations have gradually adopted a more casual approach to business communications. I think this is an important development.

Buttoned up language… and stuffed shirts

In my role as the head of corporate communications for several public companies in the late 1990s and early 2000s, the primary way we reached our audiences was the formality of the press release. These rigid and boring documents were used to reach a handful of journalists and had all sorts of rules for how to write them. Talk about buttoned up and formal(!)

But soon after blogs started to be used by companies to communicate directly to audiences, bypassing the media gatekeepers. Wow! Corporate communications people could go direct. (COULD being the important point here because most didn’t. They we still wearing the corporate suit of armor, using the formal language of old school communications.)

Things got even more casual with social media about a decade ago as Twitter took off and Facebook opened up from being just for students, to being available to anybody. As customers learned to engage with social media, they wanted a way to reach the companies they do business with too. Some were available, but most were not.

Except for a few professions that are holdouts such as finance and the law, most businesses are completely casual dress. It’s time for communications to be casual too.

Here are five ways to effectively reach audiences with a newer form of approachable communications style:

Are you pleased to announce innovative solutions for new and improved, next generation, cost effective, world class, high performance, value added outcomes? If so, you aren’t communicating. But this is how so many businesspeople write — using gobbledygook-laden phrases that are so overused to have become meaningless.

We want to see real employees and real customers rather than the inane stock photos that so many organizations use to represent important constituents. Using people chosen from a catalog in your content is insulting to your customers and to your employees. Hire a photographer and get images of real people.

When somebody reaches out to you in a social network of through a contact form, you’ve got to respond quickly. The old corporate norm was to wait to respond when it was convenient, sometimes days later. But in a 24x7 real-time world, it’s important to engage people on their time, not yours.

One way to stand out is for executives and others who communicate for your organization to blur the lines between business and personal. We want to know what excites you. What are your hobbies? Were you at the big game last night? What do you do on your time off. I encourage people to share just as much as they are comfortable with. For some that might mean excluding family and that’s okay as long as we see some of your personality on your social feeds like Instagram.

For decades, corporate videos have been stiff and formal. They cost tens of thousands of dollars and take months to produce. But if you think business casual video, all of a sudden video can be low or no cost and can be completed in moments. I am a big fan of something you can film yourself with a smartphone. Anyone can post to social media or a video sharing site and if appropriate, the resulting video can be embedded into your site.

I’ve found these and other ways to go “casual” mean a greater connection with an audience. But like that transition from wearing formal clothes at work to putting on a polo shirt, it might feel sort of "not professional" at first.

Give it a try. Your customers will appreciate your casualness.