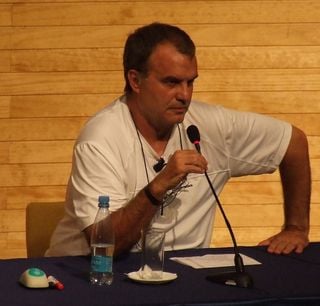 My friend Biagio Carrano points us to an interesting quote from Marcelo Bielsa, an Argentine football (soccer) coach who has managed football clubs and also the national teams of Argentina and Chile.

Bielsa, known for his lengthy press conferences after matches where he answers every last question posed to him even if it takes many hours says: “Every section of the media should get the same attention from me, from the capital’s most prominent TV channel to the smallest newspaper in the provinces.”

I’ve been inside strategy meetings where people will talk for an hour about how to reach a particular Wall Street Journal reporter. Yet the same people in the same meeting reject requests from independent bloggers for an interview.

Yes, I know that time is valuable and sometimes it is impossible to help every reporter and blogger with their stories. But I also know that the little guys break news and in many markets have influence way beyond their raw numbers.

I’ve seen both sides of this. I’ve scored a 15-minute interview with the CEO of General Motors. And I’ve been turned away by tiny organizations of a dozen employees. Go figure.