We Are All Weird 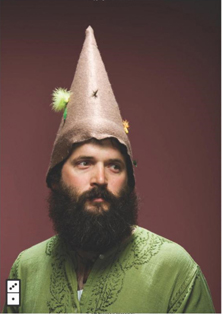 Seth Godin's latest is a little book with big ideas about how to live your life. For marketers and business owners, We Are All Weird is also a wakeup call for how to reach buyers of your products and services.

Seth argues that the one-size-fits-all mass market is dead. But you know that already because you probably don't listen to top 40 radio or watch the evening news. This idea of the end of "normal" is essential to work because if you're selling ads at a top 40 station, work probably isn't much fun these days. Embrace the weird and it can be!

I love this quote from the book: "The epic battle of our generation is between the status quo of mass and the never-ceasing tide of weird."

Weirdness takes many forms. When everyone else is carrying nylon computer bags and sporty backpacks, weird people insist on an "old-fashioned" leather briefcase (guilty). Many people think it is weird to go to over 50 Grateful Dead concerts and own recordings of hundreds of their concerts (also guilty).

Is it weird to spend six hours on a beautiful Saturday afternoon in a dingy rec room playing Dungeons and Dragons? To collect chewing gum wrappers and own over 2,000, with examples from over 50 countries? To read instead of watching television? To ride a bike instead of driving?

The weird is us. And the weird is you. (What would they think if they knew?!).

In other words, weirdness is a huge market. I'd argue that unless you sell a commodity product - like paperclips - that you need to embrace the weird buyer in your marketing efforts. Heck, there are animal shaped paperclips and colored paperclips and huge paperclips so even commodities can be marketed to the weird.

Brian Halligan and I wrote about this idea of marketing to the weird in our book Marketing Lessons from the Grateful Dead: What Every Business Can Learn from the Most Iconic Band in History (although we used the term “eccentrics”). We looked at companies like New Belgium Brewing Company and how they embrace the weird. 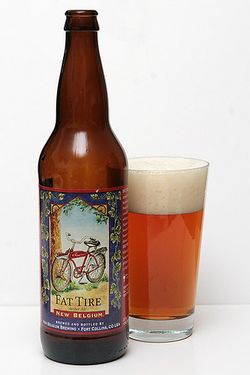 In the world of beer, the offerings of the huge breweries are fine for the masses. Most people are perfectly happy sipping a cold one from the likes of Anheuser–Busch InBev or Miller-Coors.

But the eccentric is looking for something different. Much different. Something like Fat Tire Amber Ale from New Belgium Brewing Company in Fort Collins, Colorado. Fat Tire was named in honor of New Belgium founder Jeff Lebesch's bike trip through Belgium, visiting breweries. He learned about the way Belgian beers use a broader palette of ingredients (fruits, spices, esoteric yeast strains) than German or English styles. Fat Tire won fans who appreciate the interesting taste (as well as those who are drawn to the weird name).

To encourage the eccentric fans who enjoy Fat Tire Amber Ale, New Belgium sponsors an annual Tour de Fat bicycle parade and festival. Like the Grateful Dead, New Belgium Brewing Company has built a vibrant community for lovers of Fat Tire Amber Ale and the brewery's other brands. The community of eccentrics comes together for physical events (like the Tour de Fat) and tours of the "Liquid Center" (the brewery). And the company also encourages its eccentrics to "Follow our folly" on social networking sites. By creating products (and a community) for eccentrics, New Belgium Brewing Company has grown quickly from its beginnings in 1991.

You can read We Are All Weird in an hour. Or savor the book in small bites over a day (as I did). It is an important book with a very simple idea. Yet so far, only true weirdos really understand the implication of these ideas for life and work.

Incidentally, Seth produced only about 10,000 hardcover copies of the book and they selling fast. There will be no reprints. Of course, the ebook version is available in unlimited copies. Isn't it weird to limit copies of a product? Hmmm... Yep, we are all weird.

Now is the time to embrace your weird.