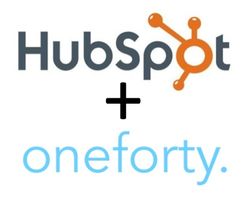 While the deal is interesting, I thought the press release was fascinating. The entire thing was written like a series of tweets complete with Twitter IDs, hashtags, and "tweet this" links.

Here's the headline of the release (click through to see the text on PR Newswire).

The release itself was noticed by a bunch of people including Wall Street Journal blogger Zoran Basich who wrote a story called Annals Of PR: HubSpot Buys Oneforty, Says 'Tweet This'

"We get a lot of press releases here at Venture Capital Dispatch, some better than others but nearly all of them following a pretty bland, straightforward formula," Basich wrote. "So when a company or a P.R. firm subverts the dominant paradigm, we try to give credit where due… Think of it as our selfish attempt to encourage a little creativity in a usually humdrum format (and help us avoid that glazed-eyes thing that starts to happen around 3 p.m.)"

In less than 24 hours, the release generated more than 800 tweets and 20 news stories.

While a release like might seem like a gimmick (and it sort of is to be honest), I think it works in this case because both companies are in the social media space and the company acquires is called @oneforty and is focused on Twitter.

I wonder what Todd Defren, the creator of the social media news release would say?

What about you? Does this format work for you?

Disclosure: I am on the board of advisors and am an independent marketer in residence at HubSpot.