The “metaverse” is a catch-all term that technology companies and the media are using to generate hype about the future. Remember how the word “cyberspace” was used several decades ago to describe the early Web, mainly by people who didn’t understand the early Web? That’s the metaverse.

While it’s easy to dismiss the current state of coming immersive technologies, billions of dollars are being poured into various projects described as being part of the metaverse. Heck, Zuckster changed his company name from Facebook to Meta, so there’s that.

While currently the metaverse is mostly 3D vaporware and cringe-worthy demos that remind me of a 1980s teen flick depiction of making out for the first time, it’s a good idea for marketers to poke around, learn, and experiment.

There isn’t one metaverse

It’s important to understand that early iterations of this emerging technology are being built as walled gardens by the big technology companies. Bummer for consumers...

Companies like Microsoft and Meta want you to spend money with them and not go somewhere else. They want to lock you in.

It appears Microsoft is focusing on business uses of the metaverse, kind of like a 3-D immersive version of Microsoft Teams. Mesh for Microsoft Teams is being designed as a place where you can hold meetings or chat with co-workers.

Microsoft says: “A metaverse is a digital place inhabited by digital representations of people, places, and things.”

Meta’s demos lean to the “fun” aspects of life, hanging around in a virtual house talking with your friends who appear as weird avatars. If you like that kind of thing, you’re in luck.

Mark Zuckerberg says: “The metaverse will consist of immersive worlds that you can create and interact with.”

Be prepared for a future where you may need multiple devices and logins and avatars depending on whose services you’re using. If you think moving from Zoom to Teams and back is a pain, wait till you need to do it with headsets and avatars.

The online gaming world is probably the furthest along in figuring out interesting use cases. Fortnite, for example, has metaverse elements.

To get a sense of what’s possible, if you haven’t already done so, get yourself a VR headset and play around a bit. I got a Meta Quest 2 and found it to be easy to get going. Meta says you can “Explore an expanding universe of over 250 titles across gaming, fitness, social/multiplayer and entertainment, including exclusive blockbuster releases and totally unique VR experiences.”

Activating my Meta Quest 2 headset required a Facebook account, but I was able to tell it not to share my virtual presence with my Facebook contacts. With less than an hour of setup and learning I was riding a rollercoaster and visiting the International Space Station. 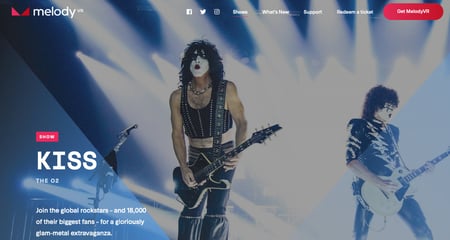 There are third-party apps available for Meta Quest too. I tried out the MelodyVR app and experienced a KISS concert. It was cool to see the over-the-top show from various angles and I liked looking down from the stage to the crowd. However, MelodyVR currently has a very small number of artists available and until they have somebody I really like, I won't pay for a full show.

The things I’ve experienced so far with Meta Quest aren’t the metaverse because they weren’t real-time and didn’t involve interaction with others. However, it gives an idea of what’s coming.

What others are saying about the metaverse

Over the past few months, I’ve read a lot about the metaverse - what the various companies are working on and what people are saying. Here are some that I liked if you want to read more:

Lane R. Ellis in the Top Rank Marketing blog: “The metaverse is currently a disconnected hodgepodge of holographic hopes and digital dreams that may or may not eventually reach the sustainable velocity to capture the hearts, minds, and wallets of the public and private sectors."

Forrester Research, Designing the Metaverse ($): “The metaverse will be the 3D experience layer of the internet. No viable metaverse exists yet — only its precursors. But as it emerges, most people will tune it out unless the user experience (UX) is good.”

Another term people toss around together with metaverse is Web3. Here is my take on that: The Web3 Future

I’m interested to see how things evolve on the marketing front.

We sure don’t need another platform for intrusive ads and interruption on 3D, but my guess is that’s coming. Hopefully smart companies will figure out how to create valuable experiences that also serve as marketing. If you’ve got an example, please let us know in the comments!