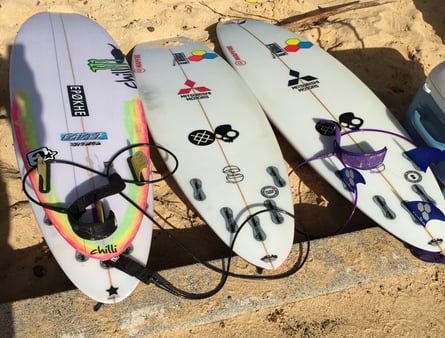 Early this month I visited the North Shore of Oahu, Hawaii to do some surfing (on smaller waves) and watch the pros (on the bigger waves).

I had time to think about how content driven the business of surfing is.

Amazing videos and beautiful photos of sponsored surfers doing their thing in the waves is what helps sell T-shirts and sandals to people at shopping malls located thousands of miles from an ocean. 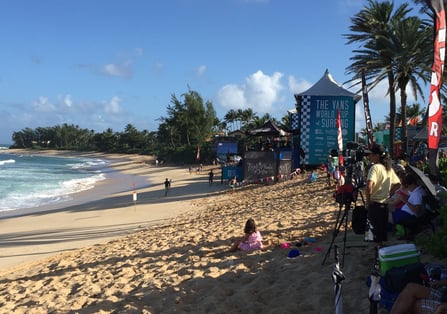 While I was in Hawaii, I watched several rounds of the Vans World Cup of Surfing held at Sunset Beach, just a few beaches down from V-Land and Kawela Bay, two breaks where I ventured into the water myself.

The longest running and most prestigious surf event in history, the Vans Triple Crown of Surfing happens in the Hawaiian winter and includes the Hawaiian Pro, Vans World Cup of Surfing and Billabong Pipe Masters. This year the series offers $1,175,000 in prize money.

I was surprised by how low key this important competition looked to me while there in person. I knew it was a big money event and had seen it on video and covered in the surf magazines in prior years, but I thought it strange there were only a few hundred spectators on the beach.

That’s when I realized that the entire production is built around the videos and photos that come out of the contest.

As I’ve written about going back to 2007, GoPro revolutionized the surf content world when the now ubiquitous cameras burst onto the scene. As founder and CEO Nick Woodman told me, GoPro excels because they are focused on the problems people are willing to spend money to solve (in my case, someone who wants to shoot photos and videos while surfing).

Speaking of video, today's action at Pipeline Masters is the final day of the 2015 surfing season and not only will the contest winner emerge, but the world champion will be crowned.

The World Surf League will be live webcasting the event starting around 8:00am Hawaii time. I watched yesterday and was mesmerized by the waves at Pipeline. This short highlight reel is worth a look or if you get hooked like I did, maybe you will watch the live action today.

Here’s how the surfing content infrastructure seems to work:

1) People love to watch surf videos and see surf photos and the most skilled and daring surfers are the subjects of the best photos and videos.

2) The surf brands want to be associated with the best surfers so they sponsor those surfers as well as the contests they compete in.

3) The sponsored surfers then wear the branded gear and use the equipment of those companies that support them. They put sponsor stickers on their surfboards.

4) People watching contests at home or checking out the latest photos in the magazines see the stickers on the boards or the hats on the heads of the pros.

5) All the best videos and photos (with the logos visible) are used in advertising and are on display at the retails stores in the shopping malls.

6) Average consumers buy into the cool lifestyle and purchase the products, enriching the companies behind them.

7) The surf brand companies then need more content to continue to sell product and grow.

8) The cycle starts all over again. 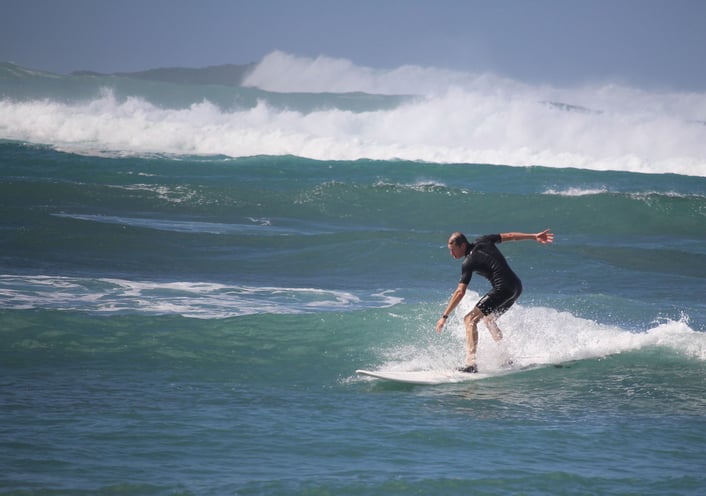