Surprising Buyer Insights from Journey Mapping at The Co-operators Group 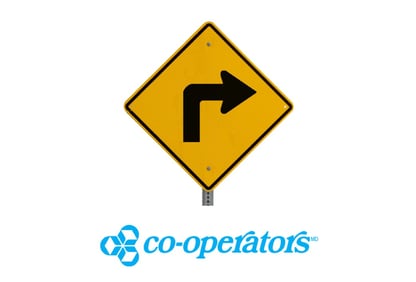 Understanding buyers is essential to great marketing. When you are properly aligned, you have confidence in your marketing strategies and your tactics are more effective.

A customer journey map details a representative customer’s experience and includes company interactions from initial contact, through the process of engagement and into a long-term relationship. It can include virtual as well as human interactions.

Paul also shared with me surprising insights from the company’s journey mapping research that was done after the buyer persona research.

Once Paul had identified buyer personas and had published those profiles inside the company, the team brought groups of about a dozen people from each persona together for the journey mapping research. “These people hadn’t met before,” Paul says. “We told them that they would be grouped with people that we felt were in the same market or had some of the same preferences. But it was very funny to watch them interact with one another because it was almost like they were separated groups of friends. As soon as they got together, they just started yacking immediately. It was hard to get their attention at times because they just wanted to interact with each other so much.”

The way that Paul implemented journey mapping at the Co-operators yielded surprising results that highlighted the differences between what staffers thought people did and what the customers actually do.

“The process has two parts,” Paul told me, using the example of a Gen Y person filing an auto insurance claim. “The first thing you do is take the subject matter experts from inside the company, people from our claims department and underwriting and marketing and whoever knows about this particular journey in depth, and you put them in a room and ask: ‘how does this go. Step one. They hit a car. What happens? Step two. What do they do next?’ And you go through all the different steps and all the choices and how they get their car repaired and how you think they’re feeling at any given time. Then you bring in about ten customers that are actually that persona, and you do exactly the same thing. The disconnects are sometimes jarring.”

It was clear that parts of the expected customer journey through the claim process did not match with what the young people said they would do. “You come into it with preconceptions, Paul says. “I was interested in what was not going to match up. For example, all of the young people except for one said the first thing they would do is call their parents, not call the claims number, not call their agent, call their parents! We assumed people would call the 1-800 claims number. But that didn’t happen. We learned how unprepared they were for the claim experience and how for them, it is one of the biggest things that’s ever happened to them. Those kinds of disconnects were the most important revelations.”

Paul estimates that 25 percent of what Co-operators employees thought would happen were wrong. “That 25 percent is enough to make the whole way we communicate with them go bad,” he says. “A lot of the disconnects were around communication preference, tone, language, the softer things. In a highly commoditized business, financial services and insurance, one policy does look pretty much like the next one. It’s not highly differentiated like smartphones or something like that. It’s all about the approach. And if you get the approach wrong, you’re sunk.”

Paul and the team used the results of the journey mapping research to storyboard each process and make them more effective. “It’s interesting because you think you’re going to be fixing a product problem or a claims process or something like that,” he says. “Instead a lot of what needs to be fixed is communication. You find out that what they really need is a simple email at the right time. It’s a well-timed communication that helps them through this entire process. It’s inexpensive but not simple to deal with.”

As an example, Paul cites the journey of the “David” buyer persona, a person in their mid-40s running their own business. “This is a very entrepreneurial and independent kind of person and a perfect candidate for all kinds of different lines of insurance,” he says. “They can be some of our best customers. And they also tend to be do-it-yourselfers. When it comes to wealth and life insurance planning, they think they know what they’re doing but they don’t. We learned that the way to approach these people is super important. When we put our subject matter experts through their journey, they came up with a 37-step process for doing a needs analysis and getting somebody into a basic set of investments. But when we brought in an actual group of ‘Davids’, they knocked it down to about ten steps, which were very quick. And the process was over in less than three weeks because they showed exactly how it should be presented to them, when the choices should be presented, how everything should work. As a result we are completely revamping our process based on that because we had totally overcomplicated it.”

Because the research into buyer personas and journey mapping yielded such surprising results and the resulting changes had such an impact on how business is done at The Co-operators, Paul has is even more of a believer in research-based approaches. “This has been both enlightening and rewarding because you get right in front of people and talk to them. When you get in front of people, you’re always amazed by the things that they tell you.”

When everybody else is just making stuff up in their comfortable offices, a research based approach to buyer personas and journey mapping delivers a decisive competitive advantage. 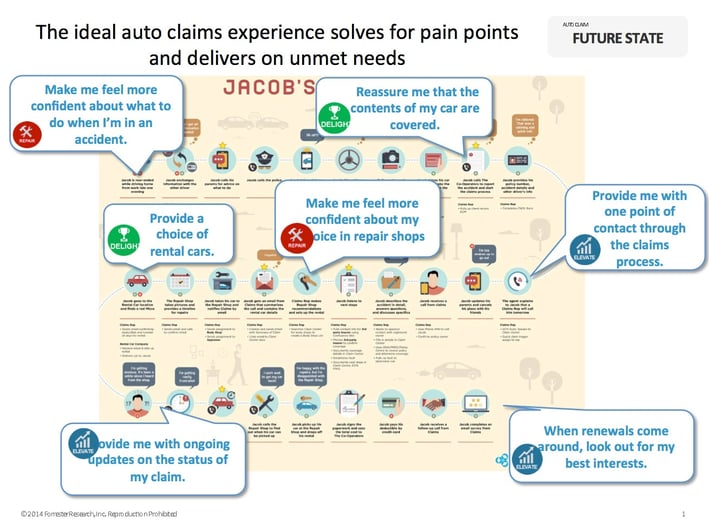