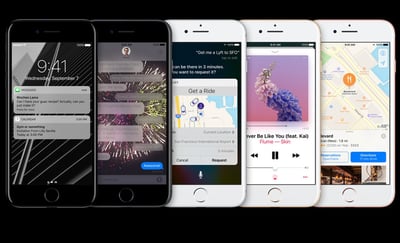 I’m working on the new sixth edition of my international bestseller, The New Rules of Marketing and PR. The book debuted ten years ago, and every two years or so I update it. It’s always fun to figure out what to add and what to delete from the book. For this edition, I have eliminated the chapter on mobile marketing.

It may seem radical to get rid of the chapter on the marketing aspect of reaching people via mobile devices and mobile applications. These days we’re using our mobile devices more than ever. But that’s precisely why I cut the chapter. Mobile marketing is now so important that it seemed odd to dedicate just one chapter out of twenty-four.

When I first wrote about mobile marketing, the smartphone wasn’t all that smart. Nearly every web search happened on a desktop or notebook computer. A few smartphone apps were becoming important for marketers to understand (remember Foursquare?). Geolocation was an exciting new capability. QR codes were gaining popularity. So I added a chapter on mobile in an early edition of the book.

Today, mobile is the dominant way we consume content

According to comScore, mobile is now the leading digital platform; total activity on smartphones and tablets accounts for two-thirds of digital media usage by time. Smartphone apps alone now capture roughly half of digital media usage. In the U.S., smartphone usage has nearly doubled from three years ago, whereas tablet usage is up 26 percent and desktop usage down 8 percent.

This change is so pervasive that about 20 percent of millennials have no desktop or notebook computer at all, relying exclusively on a mobile device.

I kept some of the sections from the old mobile chapter, moving them to other places in the book. For example, I moved the section about optimizing for screen size to the content chapter.

We are witnessing a communications revolution. It’s happening incredibly fast! I’ve enjoyed looking back every two years on where we’ve been and looking forward to where we are going.

The sixth edition of The New Rules of Marketing and PR will be released this summer in North America and soon after throughout the rest of the world.`