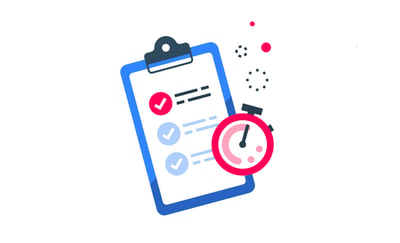 “If I Had More Time, I Would Have Written a Shorter Letter,” a quote attributed to many different people, partly explains an issue with short form content. It can be tough to create!

I’m certainly guilty! Most of my blog posts are long. Many are too long. Ironically, this blog post about creating short content is, well, long!

I admire people like Seth Godin who can create very short but thought provoking blog posts. Not everything Seth writes is short, but I find I savor the short ones he writes like this one.

Now that my eyes are open to it, I see interesting short content all over. In particular, virtual presentations are usually more effective if they are shortened. Speakers and virtual event organizers shouldn't be recreating the one hour in-person speech but rather re-thinking a much shorter virtual talk. I've done events where my talk is as short as ten minutes!  When working on a virtual event, think shorter television style sessions rather than long theatrical ones that work in-person.

As another example of shorter content, Dan Wilson, composer and a member of the band Semisonic, has been creating Words and Music In Six Seconds videos since 2014. Here is a compilation of five years of the video series in one 23 minute YouTube video.

Wilson recently repurposed the best videos into The Words + Music in 6 Seconds Deck of Cards. Each card contains a short nugget of wisdom.

I find business-to-business companies have an especially tough time creating short content. B2B company websites tend to go on and on. Their videos are usually too long. And then there are the white papers! I’m not saying that all long form content is wrong. It isn’t. But we must mix in some short stuff too.

When I finish a book, I go through it and find sentences that I like that can stand alone as a tweet. I often share those on Twitter. My favorite is a quote from The New Rules of Marketing and PR which has been my pinned tweet for several years Educate and inform instead of interrupt and sell.

Educate and inform instead of interrupt and sell.

Take a look at your longer videos to see if you can edit them into shorter, punchy video explanations.

Can your white paper be repurposed into a dozen blog posts?

How else can you publish the kind of content that busy people will take a few seconds out of their day to consider?