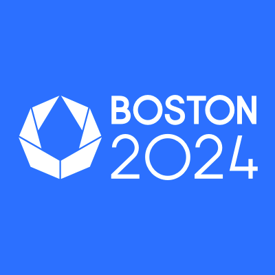 Today, the U.S. Olympic Committee pulled Boston's bid to host the 2024 Olympic Games after Boston mayor Marty Walsh said he would not sign the bid documents if they left city taxpayers vulnerable to cost overruns.

The fascinating story behind the failed bid is of the importance of social media and how corporate entities and their big budget consultants frequently underestimate the power of a few people with keyboards to create a movement.

Boston2024, a partnership of big business interests in the Boston area, put together the Olympic bid that initially was backed by the USOC. The bidding process started when Boston beat several other cities for the right to submit to the International Olympic Committee.

The grassroots group No Boston Olympics took to Twitter to argue its position that the Olympics would cost the city of Boston too much money and therefore wasn’t in the city’s best interest.

"Twitter is a great equalizer,” said Robin Jacks, cofounder of No Boston 2024 who created the #PullTheBid hashtag in March as quoted in a Boston Globe story titled Olympics opposition groups have big social media presence. “It’s tough for Boston 2024 and city officials to ignore dissent when we plebes make it the top trending topic on Twitter.”

Meantime, in an emblematic quote dismissing the power of social media, Mayor Walsh said, “The opposition for the most part is about 10 people on Twitter and a couple people out there who are constantly beating the drumbeat.”

The mayor’s comment immediately led to the hashtag #10peopleontwitter where many people jumped in to share that they also oppose the bid.

The No Boston Olympics group released a financial report that showed it raised $14,539 during the first three months of 2015. During the same period, Boston 2024, the group of business executives and formal political figures promoting the city’s Olympic bid, raised $2.8 million plus another $1 million through in-kind contribution.

The disconnect inside of Boston2024 reminds me of the Mubarak regime underestimating the power of Egyptian revolutionaries to build grass roots support via Facebook. As we know, a Facebook group toppled the Mubarak government.

I would have liked the Olympics in Boston

Editorial note: I was looking forward to the possibility of the Olympics in my hometown and was an enthusiastic supporter of the bid.

In fact, I tried to volunteer my time to Boston2024 organizers, reaching out to them on numerous occasions. I traded emails with staffers and managed to get one meeting where I shared that I was willing to be an unpaid marketing strategist, to advise on social media techniques, and to be a part of community outreach planning.

Alas, my offers of free advice and help were not accepted. Unlike No Boston Olympics, Boston2024 organizers preferred to pay high priced consultants and agencies rather than to draw from people in the community to help as volunteers.

Hey, I’m cool with that. I guess the Boston Olympics were not meant to be.