I'm amazed that so many seemingly smart people are *still* using the words "marketing" and "advertising" interchangeably.

While I see the silliness everywhere, a good example is all the hoopla around General Motors' decision to stop advertising on Facebook.

The GM news broke during the same week as the Facebook IPO a few weeks ago.

Mainstream media reporters and citizen journalists jumped on the story. Except for the awesome newsjacking of the Facebook IPO by GM I didn't think it was a big deal so I chose not to write about it.

The resulting headlines such as The Real Reason GM Left Facebook and General Motors unfriends Facebook imply that GM was no longer communicating to fans on Facebook.

Nothing could be further from the truth. Some people like Mitch Joel and Yaseen Dadabhay got the story right. But most did not.

Marketing is not just advertising 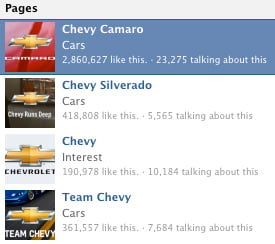 Heck, imagine if they used that ten million dollars to hire a huge team of brand journalists to engage people on social networks! (That’s what I would do).

The New Rules of Marketing & PR

As regular readers of this blog and The New Rules of Marketing & PR will recall:

As many successful marketers know, on the Web, marketing is not the same as advertising. Winning is all about creating great content. For free. To be successful, you must unlearn what you have learned.

It's difficult for CMOs to make the transition to a world where there are alternative ways to reach an audience other than spending buckets of money on expensive advertising campaigns. Many reporters aren't helping.