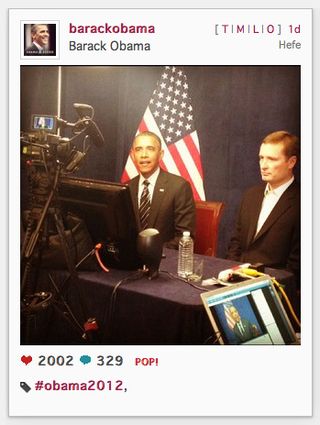 On Tuesday, the Obama campaign joined Instagram, using the @BarackObama ID. The account will be managed by his campaign staff.

The timing of Obama's joining Instagram is fascinating because it was the same day as the Iowa Caucus.

By attracting the attention of some of the world's media as they are intensely focused on the results of the Republican contest, President Obama shines a small amount of light on himself and his campaign. Read more about the marketing and PR technique of Newsjacking.

Advice for the Obama campaign on using Instagram: I hope the president shoots some photos himself. Here’s a suggested first shot. I really want to see a photo of his view from the podium while delivering the State of the Union speech, which is currently scheduled for the evening of January 24, 2012. Now that would be a historic photograph. The first President to photograph his own State of the Union would generate tons of buzz and energize the many millions of young voters who use photo sharing like Instagram every day.

We’re in for a fun ride this campaign season. I’ll report from time to time about the interesting marketing aspects.

Remember, this is not a political blog. I write about marketing and PR. I am not endorsing candidates like the President or Jon Huntsman by writing about their marketing strategies and tactics. 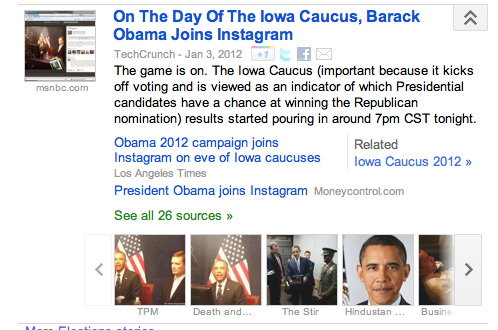