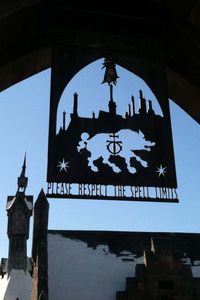 I delivered a talk at the Mosaic AgCollege yesterday at the Loews Royal Pacific Resort at Universal Orlando. Due to a blizzard in Boston, I was unable to get home today so I found myself with a rare "snow day" with no meetings planned.

So I headed over to Universal Orlando Resort's new Wizarding World of Harry Potter theme park. This was exciting for me because I have been writing and speaking about the park for several years. 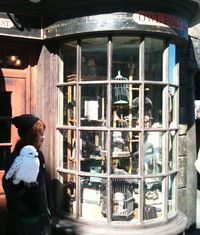 Rather then spend a huge amount of money to do traditional PR and marketing to launch the park on May 31, 2007, Cindy Gordon instead chose to tell the seven most popular bloggers who write about Harry Potter. By giving a first crack at the news to blogs like Mugglenet, the news spread to become a World Wide Rave and 24 hours later, 350 million people had heard of the new park to be opened several years later.

Read about the launch here in my ebook The New Rules of Viral Marketing: How word-of-mouse spreads your ideas for free (This ebook has been downloaded more than a million times!)

Wizarding World of Harry Potter is insanely popular. Not being a huge fan of crowds, I was reluctant to go so I asked the hotel staff when would be the best time to go with the fewest crowds.

Putting your best customers up front 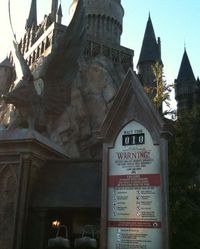 Turns out that guests at the several hotels on the Universal Orlando Resort properties can gain entry into the parks an hour early – at 8:00 a.m. Terrific.

So I headed over then and was, literally, the very first guest in the park today. I snapped a few photos to show the park with no guests. The photo at the bottom was at around noon. (Click the photos to enlarge). 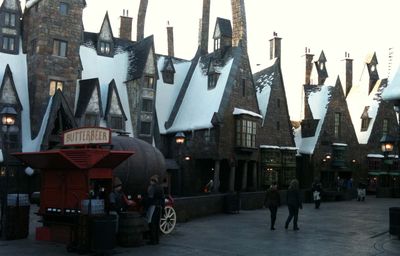 The main attraction, Harry Potter and the Forbidden Journey, was excellent. I rode it twice. The second time my wait was ten minutes. A few hours later, the line was more than 60 minutes.

At midday, the line to gain entry into the park’s gift shop was 30 minutes! Yikes, what a business: People standing in line for the privilege to spend money.

Universal Orlando Resorts knows who their best clients are. Giving the guests who stay at the hotels (who spend probably $300 a day) first crack at the popular attractions is excellent marketing.

The Grateful Dead gave their best fans the best seats in the house.

What are you doing to provide something extra to your best customers?