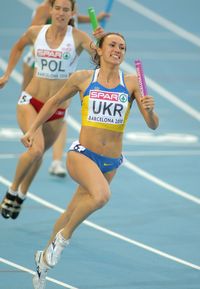 For companies seeking media coverage, the conventional method relies on the PR team to spend a week drafting a press release that is then vetted by management and legal counsel. Weeks later, once the release finally gets distributed, PR staffers work the phones to plead with journalists to write about it. Sure, that might work. And you might win the lottery too.

Use your blog to get your voice heard in real-time

When working on a fast-moving story, journalists often seek background information and quotes from experts' blogs immediately. When you have something to say, it is a great idea to blog about it as fast as possible to get your ideas into the information mix.

That's what Joe Payne. Eloqua CEO did when one of his company's competitors was acquired. As a result he got tons of B2B ink.

Here's another example of real-time brand journalism, this time from Amdocs, a company that provides customer care, billing, and order management systems for telecommunications carriers and Internet services providers.

On October 14, 2010, officials from the US Federal Communications Commission were holed up in meetings to discuss the issue of bill shock - the surprise a consumer experiences when receiving a mobile phone bill with higher charges than expected.

While the meeting was taking place, Jeff Barak posted No need to be (bill) shocked on the Amdocs blog. Jeff argued that it’s actually in the mobile phone service providers' interest to work with customers to avoid bill shock because preserving customer loyalty is so important in a highly competitive market.

Amdocs was rewarded soon after when Connected Planet, a Penton Media publication, devoted an entire blog post to the Amdocs position in a piece called Not being shocked by bill shock. Reaching an important industry journalist in real-time gets you noticed. The relationship that's built lasts much longer than just that moment.

After this went down, the FCC published its proposal for new rules requiring companies to notify customers when they are about to exceed plan limits and incur extra charges.

This real-time technique only works if you're quick. Tomorrow is too late.

Your blog is a great place to add your take on a story as it is happening. But don’t just write the post and walk away. Alert people to the information by tweeting about it, posting it in your company’s media room, or sending a link to the journalists who might be interested.