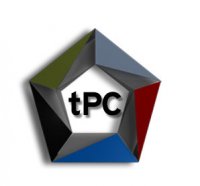 During my visit to The U.S. Department of Defense on Friday, I was lucky to spend some time with Brian Natwick, General Manager of The Pentagon Channel. I visited Brian the studio of this 24-hour television service available to stateside cable and satellite providers, via American Forces Radio and Television Services, overseas and via the Web at pentagonchannel.mil.

The Pentagon Channel is the ultimate form of Brand Journalism. It is an important way that the U.S. Department of Defense communicates with people all over the world. Here is a five-minute video where I ask Brian about what The Pentagon Channel does and the intersection of television and Web content.

Filmed with my Flip HD video camera and edited on iMovie.
Direct link to the video here.

"The goal of social media at The Pentagon Channel is not to regurgitate the news, but to expand and give a total 360-degree view [of the news] from just a simple tweet to generate awareness, to Facebook, to an in-depth blog."

:00 – 1:45 A little about how The Pentagon Channel gets the news out (and wins Emmy Awards in the process).

2:10 – 3:30 How The Pentagon Channel communicates via the Web and how Social Media allows an expansion of the television news.

If you haven't seen it yet, check out my video conversation with Roxie Merritt, Director of New Media Operations at the Office of the Secretary of Defense for Public Affairs in the U.S. Department of Defense.

Another great example of brand journalism coming later in the week. Stay tuned...