John Hodgman, of course, is a World Wide Rave. He appears on The Daily Show with Jon Stewart as the show’s Resident Expert. He is also "PC" in the Apple TV ads.

It was really cool that Hodgman was posting photos to Twitter as he was waiting to go on. Now that's nerd. Well done, sir.

I met John Hodgman at his book launch event in Brookline for his book More Information than you Require. At his event, he kindly signed my poster and let me take his photo.

More Information than you Require is excellent. See my review on Amazon - it is the first one. 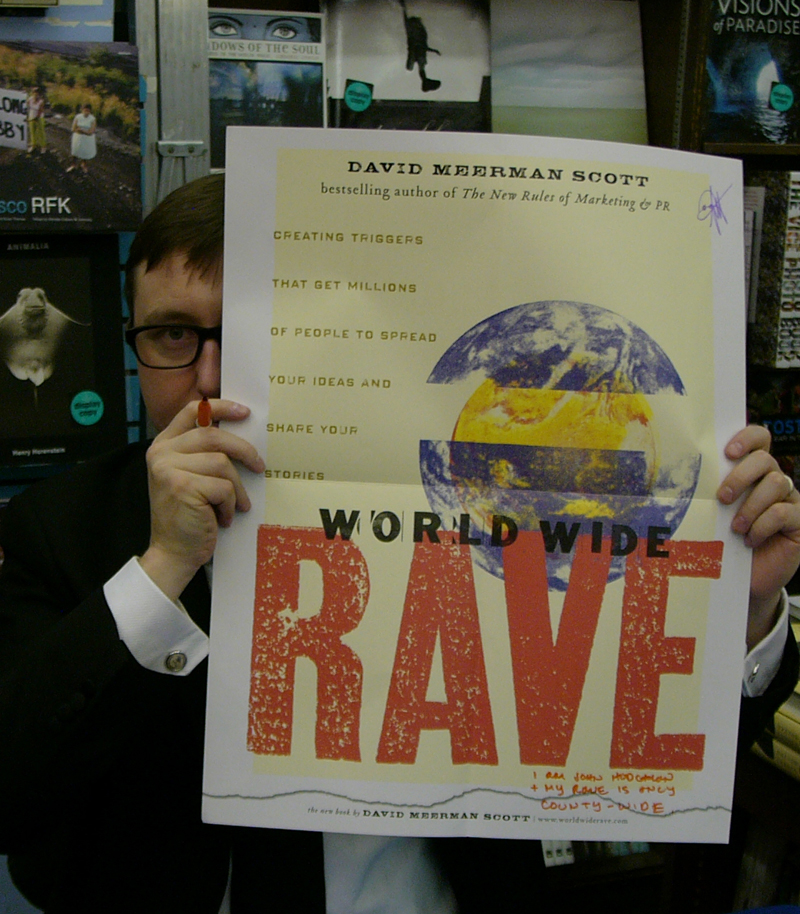