World Wide Rave: People talking about you and your company and your products.

World Wide Rave: When a community is eager to link to your stuff on the Web.

World Wide Rave: Tons of people visit your Web site and check out your blog and watch your YouTube videos because they want to (and without being coerced).

World Wide Rave: The online buzz that drives people to you, generating interest in your products and services. 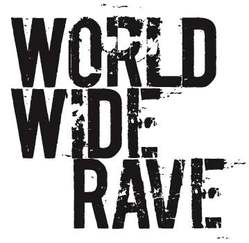 For decades, the only way to spread ideas was to buy expensive advertising or beg the media to write (or broadcast) about our products and services. But now we have a tremendous opportunity to create a World Wide Rave, generate stuff on the Web that people want to consume and that they are eager to share with their friends, family, and colleagues. A World Wide Rave sells an idea or a product by virtue of its educational or entertainment value.

But David (you might say) it sounds like a World Wide Rave is the same thing as "Viral Marketing"? No.

What is viral marketing?

Many of you have read my recent ebook The New Rules of Viral Marketing: How word-of-mouse spreads your ideas for free (published January 2008). Thanks to people sharing it on their blogs and a version that appeared on ChangeThis, the ebook has been downloaded over 125,000 times in three months. Thank you.

Since I wrote and published the ebook, more than one hundred of you have sent examples of viral marketing initiatives to me. I will include the best in a new hardcover book to be published by Wiley in early 2009 called World Wide Rave: Creating triggers that get millions of people to spread your ideas and share your stories.

Unfortunately, in the past few months I've come to realize that viral marketing has a significant dark side - quite a bit more extensive than I had been aware of…

Many viral marketing examples that people send me are nothing more than traditional advertising techniques that rely on interruption, bait-and-switch gimmicks, inane games, and frivolous contests. It's the old rules of marketing transferred to the Web. These are not examples of a World Wide Rave. Instead, this is trickery and coercion in an attempt to sell products. Frankly, this stuff gives all of viral marketing a bad name.

I've also noticed that a cadre of viral marketing "experts" happily take large amounts of money from naive and unsuspecting companies to create viral marketing "campaigns". Typically, advertising agency-developed viral campaigns involve buying access in the same old ways, such as purchasing an email list to spam people or launching a microsite with a pricey print or TV ad.

Worse, some dodgy agencies set up fake viral campaigns where people who are employed or in some way compensated by the agency create videos or blog posts purported to be from a customer.

Misleading viral marketing techniques have become so widespread that the European Union enacted Consumer Protection from Unfair Trading Regulations to protect the public from the most deceitful activities. The Regulations become UK law on May 26, 2008 and The Institute of Practitioners in Advertising (IPA), the industry body and professional institute for leading advertising, media and marketing communications agencies in the UK, is helping its members come to grips with what this means.

"If advertisers and their agencies ignore the ethics of responsible advertising, the damage to the advertising and marketing industry generally will be considerable, undermining all commercial messages, their effectiveness and the self regulatory systems," says Marina Palomba, IPA Legal Director.

According to The IPA one particular clause in the Regulations will make the following activities a criminal offence:
- Seeding positive messages about a brand in a blog without making it clear that the message has been created by, or on behalf of, the brand.
- Using "buzz marketing" specialists to communicate with potential consumers in social situations without disclosing that they are acting as brand ambassadors.
- Seeding viral ads on the internet in a manner that implies you are a simple member of the public.

Because th term "viral marketing" has taken on dirty and sleazy connotations by many organizations causing marketers and executives to become increasingly skeptical, I've started using the phrase "World Wide Rave" instead. I want to draw a clear distinction between the amazing ways that millions of people spread ideas and share stories online and the bogus crap that people are resorting to.

A World Wide Rave is valuable content that spreads because people want to share. Not because of some silly contest or dishonest activity.

A World Wide Rave—having others tell and spread your story for you—is one of the most exciting and powerful ways to reach your audiences. Anyone with thoughtful ideas to share—and clever ways to create interest in them—can become famous and find success on the Web.