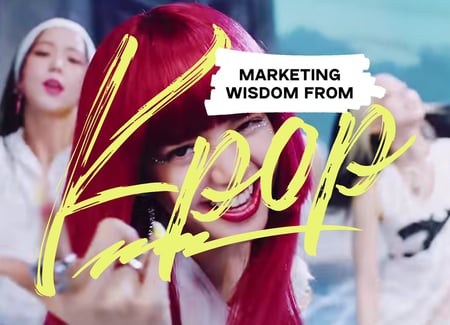 In the past ten years, K-pop has become a phenomenon with fans not just in Korea but all over the world. Groups like BTS and BLACKPINK captivate audiences, inspiring a feverish adoration that outpaces what the Beliebers, the Beyhive, and Beatlemaniacs ever did.

There are many lessons about building fans that marketers of all types can learn from how K-pop works.

My friends at Ceros put together an amazing analysis What Every Marketer Can Learn From K-Pop.

The interactive report features ideas from my daughter Reiko, a massive K-pop fan and my co-author on our Wall Street Journal bestselling book Fanocracy: Turning Fans into Customers and Customers into Fans from Portfolio / Penguin Random House.

An aside... Reiko and I are both excited that Fanocracy was just released in Korean! That brings her K-pop fandom full circle, doesn’t it?!

Check out What Every Marketer Can Learn From K-Pop here.

“I was always aware of K-pop in a more peripheral way for years,” Reiko told me. “I listened to Blackpink and really enjoyed watching Taemin's music videos, but K-pop really isn't meant to be consumed in small quantities. It's meant to be binged, obsessed over, and on repeat. I just had to find my way in, or "my" group.

While not (yet) a K-pop fan, I have been enjoying hearing Reiko share what she loves about the genre.

“I learned the names of each of the 8 members of Stray Kids, fell in love with their personalities, and enjoyed not just the music, but their behind-the-scenes content and interviews as well,” Reiko says. “The group itself felt especially real to me because of the fact they are an entirely self-producing group (extremely rare in K-pop where multiple outside producers and songwriters are usually used for these groups) and their lyrics about struggling with identity while growing up were so relatable. I felt like I could get to know each one of these boys through their music, dance, as well as the extra vlogs, live shows, and social media posts.” 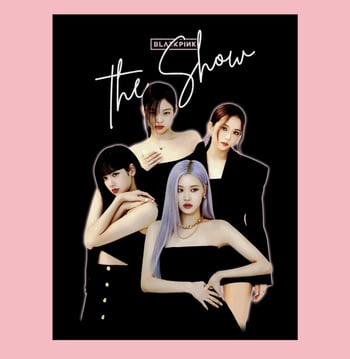 After having worked together for more than 5 years on the ideas of fandom for our book Fanocracy, Reiko and I speak the same language about how and why people become fans of something.

Reiko has entertained my wife Yukari Watanabe Scott and I with stories over the dinner table of her K-pop fandom and the videos she loves. And when we could no longer meet in person because of COVID (Reiko is an emergency doctor at Boston Medical Center and exposed to COVID patients) she shared a PowerPoint presentation with us that  she made about K-pop during an epic Zoom call.

“K-pop isn't a genre of music as much as it is a combination of visual aesthetic and industry standard,” Reiko says. “The genre itself can range from EDM to ballad to metal. What K-pop is incredible at doing (which is also what makes it a little terrifying, especially for outsiders) is the extreme way fans feel like they have ownership over the groups or idols they love. For some, it becomes a job, voting for idols online, streaming music videos over and over, and commenting on forums to make their favorites win. The industry in itself is set up to be a competition at every level, from the early promotion of singles through music show broadcasts to yearly awards shows, which rewards the fans participating with more content from their groups if they do well. Fans are incentivized to be promotion machines for the industry, especially because it is well known how cut-throat the industry is and how quickly groups that don't do well commercially are disbanded. If you like a group, and you want them to survive, you have to be committed.”

The spark of an idea for the fabulous interactive report What Every Marketer Can Learn From K-Pop came during a discussion I had with Mark Healy who is VP of Content at Ceros, a cloud-based design tool that lets marketers and designers create interactive content without writing a single line of code. I was talking with Mark about our shared love of the Grateful Dead and that led me to say something like “my daughter’s love of K-pop may be as strong or stronger than my love of the Dead!”

That led to Mark and Reiko having a discussion with led to the article.

"After you and I talked about Marketing Lessons from the Grateful Dead, I thought about other cultural phenomena that inspired extraordinarily loyal fan bases, and thought about K-Pop,” Mark says. “I know next to nothing about K-Pop. All I know is that it's incredibly savvy at communicating with and inspiring devotion in its fans, and that its global appeal is far more durable than anyone could have predicted. I thought there had to be some lessons about fandom that marketers would find useful.”

Check it out! What Every Marketer Can Learn From K-Pop