The White House: Imagining the Greatest PR Job in World 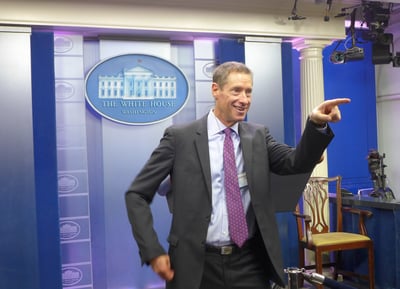 Yesterday I had the incredible honor of visiting the West Wing. It was amazing to see all the recognizable places where history is made! The highlight for me wasn’t seeing the Oval Office, although that was certainly amazing. I was most thrilled to be in the James S. Brady Press Briefing Room where the White House Press Secretary conducts daily briefings.

Imagine giving a brand new speech every single day that is broadcast live around the world? Imagine every word you say being parsed for nuance. Imagine a simple mistake becoming a meme that millions see? Imagine then taking Q&A from the best interviewers in the world?

I have major respect for people like DeeDee Myers, Ari Fleischer, and Robert Gibbs just to name a few people who have served as White House Press Secretary. I love reading their biographies after the leave office.

My friend Phillip Stutts organized a tour for me and my wife, Yukari Watanabe Scott and Phillip's wife Annie Glanville. (Thanks Phillip!). He is CEO of Go BIG Media, Inc. an award-winning media firm that leverages the latest in technology and design to tell stories, disrupt markets, and win the day. Phillip frequently appears on television news programs to make sense of the current political climate. He's best known as National Get-Out-The-Vote Director for President George W. Bush’s 2004 reelection. 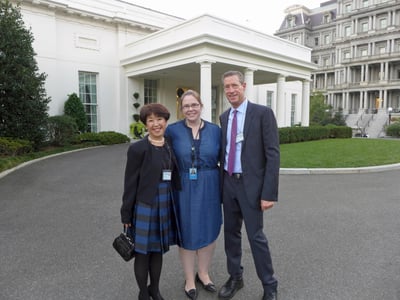 Our tour guide was the phenomenal Whitney Nichols Andersen, Special Assistant to the President and Director of the White House Management Office. She was a fantastic tour guide! She had so many interesting stories to share because her office is responsible for the daily operations of the White House. We also toured the Eisenhower Executive Office Building (next door to the WH where most WH staff offices are located).

This visit wasn't about politics. It was about the awesome office of the Presidency, the historic charm of the building itself, and celebrating the talented people who work there for each administration, Democratic or Republican.