Safe is Too Risky 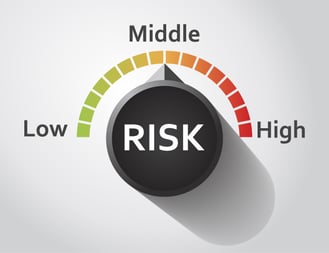 After nearly every talk I deliver I get questions and pushback about the idea of real-time communications. Sometimes it’s in the post-speech Q&A and other times people approach me privately.

What they say is very similar and more or less goes like this: “It’s very risky to communicate in real-time because in your haste you might say the wrong thing so I’m not comfortable with your ideas.”

Really? It’s too risky to communicate with customers and buyers?

I actually think the opposite is true.

When companies don’t communicate in real-time, they don’t respond to customer complaints (and praise) on social networks like Twitter. That’s risky.

When people don’t engage on social networks, they can’t see opportunities from potential new customers. Letting the competitor get the business instead of you is too risky.

The real issue is fear.

Thirteen years ago I left the corporate world to start my own business. I chose to live by my wits and be responsible for generating my own income.

At that time my family and friends who worked in the corporate world told me what I was doing was risky. They said being a corporate employee was safer.

But looking at work like a financial portfolio would suggest the exact opposite. No financial professional ever advises putting all of your assets into one investment. Just ask those who worked at Enron how their retirement portfolio fared. The best way to invest is to spread your money around.

I believe the same is true for income and over 13 years my “portfolio theory of work” has paid off. Some of my clients and project succeed and some don’t. But on average, the money comes in every month.

That’s not true with my corporate jobs where I had either full income or I had nothing. I’ve been fired three times and when I was “looking for other opportunities” I had no income. That’s risky!

There are many other ways to look at safe vs risk

Should you go to graduate school?

Should you take that job on another continent?

Should you start a blog?

Should you stop advertising and hire a journalist to create content instead?

Do you take the seemingly safe route, which is actually more risky?