It's taken me fifteen years of collecting to amass what I believe to be the most complete collection of Apollo 11 press kits in the world. Now, in honor of the 50th anniversary of the Apollo 11 mission in July 2019, I've digitized my collection and made it available to scholars, marketers, Apollo buffs, and fans of graphic design. It's my gift to the world. 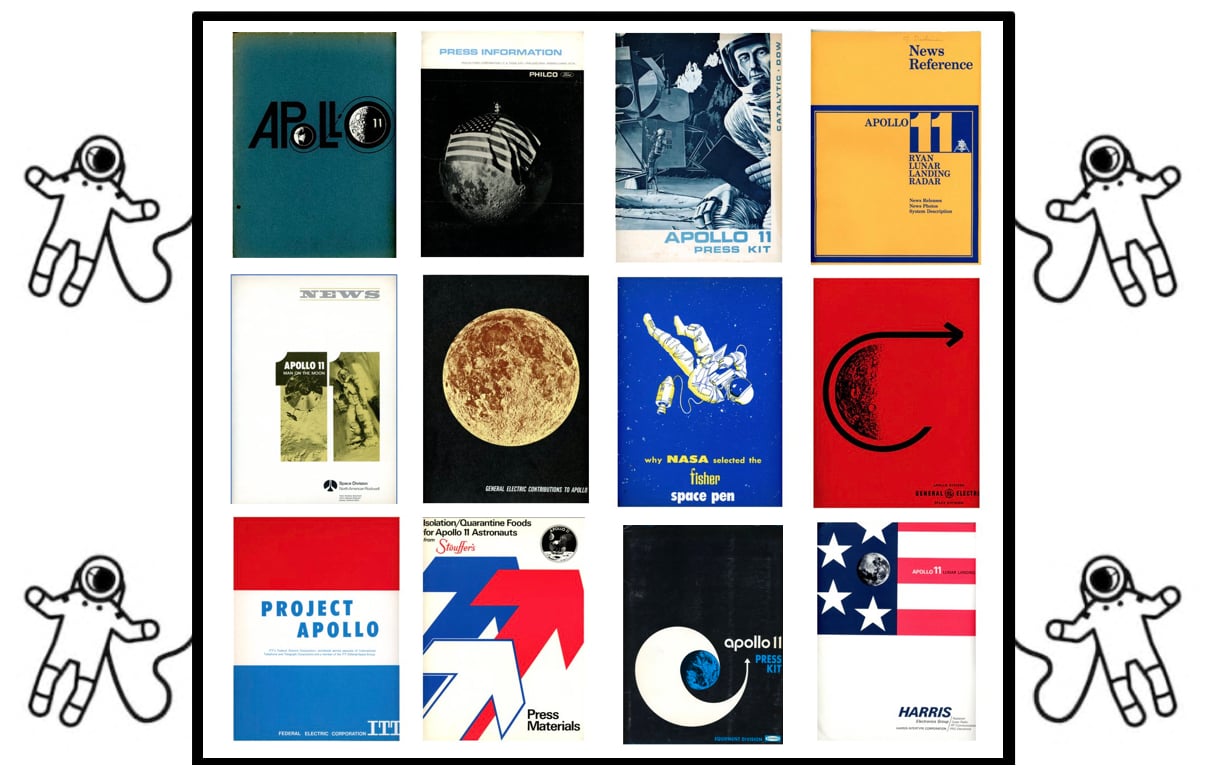 In addition, many of the contractors that worked on the Apollo spacecraft including Raytheon, IBM, and Boeing as well as other contractors like Omega (wristwatches) and Hasselblad (cameras) all produced stunning press kits. I’ve got over 40 in my collection for you to check out.

Readers of this blog know I'm a marketing and public relations strategist. I worked for about a decade in the corporate world and since 2002 I've been writing and speaking about marketing in the era of social media.

I'm also a massive Apollo enthusiast. I was 8 years old when Apollo 11 launched, and it became an obsession for me then and now. I even have an Apollo museum in my home with artifacts that were used on the lunar missions.

So about 15 years ago I started collecting press kits from the Apollo 11 mission that were issued by NASA and the contractors because they were an intersection of two of the things that are very important to my life: Apollo and marketing.

I'm fascinated how the contractors lovingly created these materials to tie their company to the epic Apollo 11 mission. I've heard from people who worked on the missions at the contractors that the entire company was proud to be working on Apollo.

It's also interesting to note that many of the contractors were also supplying the U.S. military during the Viet Nam war, so the good news of Apollo might have offset the negativity associated with being a part of the increasingly unpopular war in the late 1960s.

I hope you enjoy checking these wonderful historical documents.

Thank you to Allison Scott and Daniel Goldstein for help in digitizing the press releases and designing the website. Thank you to IMPACT Branding and Design for technical help setting up the site and to HubSpot for the site software.