Monetizing Micro-Content: What Marketers Need To Know About Blockchain

I remember very clearly the moment in 1995 when I first saw a web page. I very quickly subscribed to a dial-up internet service and began thinking about the marketing aspects of the new technology. I sensed this would be big. More than twenty-five years later, marketing has gone through an enormous revolution as a result of the web. Recently, I’ve been thinking a lot about blockchain. I think the technology is coming to marketing soon and has potential to be just as revolutionary as the web has been.

A blockchain is a decentralized and distributed ledger used to record transactions. The decentralized component means no person or entity “owns” the blockchain and distributed means that transactions are recorded on many different computers. Once a transaction is logged, it cannot be altered retroactively without changing subsequent blocks, which is the security built into the system. For an excellent primer on the technology, see The great chain of being sure about things from The Economist.

The most famous blockchain as I write this is Bitcoin, a cryptocurrency and digital payment system. But Bitcoin is just one cryptocurrency, there are many new ones popping up, all using blockchain. Bitcoin allows people who own the digital currency to transact with those who accept it for payment, bypassing any kind of middleman like a bank or credit card network or Payment system like PayPal.

If you’re struggling with the concept of blockchain like I was when I first started thinking about it a few years ago, just think “ledgers”. A blockchain is just a simple way to manage who owns what based on a secure distributed and decentralized ledger system. Prior to blockchain, a paid intermediary was required to be in the middle of a transaction, the ledger, between two parties. Now, blockchain can do that work. 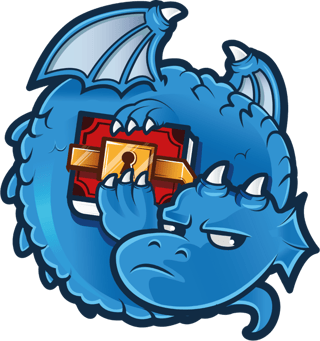 In giving some thought to blockchain applied to marketing, I considered all the many small content transactions that could happen outside of a paid network as an obvious use for the technology. The key would be a one click "approve this purchase" blockchain feature that followed your digital moves and made it easy (think just one second of work) for a consumer to puchase a small piece of content.

Here are a few examples that come to mind:

1) Content could be sold directly and easily from content creators to content consumers. This means it will be possible for movies and songs and ebooks and photos to be easily sold directly, potentially bypassing services like Netflix, Spotify, Amazon Kindle, and Getty. Yes, there will likely still be a need for some kind of directory of content, but the actual financial transaction from creator to consumer might be on blockchain. Indeed, content creator Disney has established DragonChain (described as “Blockchain Business Magic”). For a primer, read Mark Mueller-Eberstein’s 12 Facts on DragonChain by Disney.

2) Related to the selling of content directly to consumers, news could be monetized down to the story level, bypassing the need to subscribe to a content feed. So instead of paying $100 for an annual subscription to the digital version of the Washington Post, the publication could offer individual stories for 1 cent or 5 cents or 10 cents. Depending on the nature of the story, the fee could fluctuate. News stories that are current from today could be one fee while stories from a year ago could be different. Want video or photos with your story? That could be priced separately.

Side Note: I’m wondering what Amazon CEO Jeff Bezos, who purchased the Washington Post in 2013, is thinking about blockchain and its influence on his various content properties.

3) Consumers could sell their attention to advertisers, potentially bypassing the ad networks like Google AdWords. Imagine that every time you see an ad, you’re paid a small amount of currency. Depending on your demographics it could be a fraction of a cent (for a general consumer seeing an advertisement for a commodity product), a few dollars (somebody who has expressed interest in buying a new car) or hundreds of dollars (a purchasing manger at a Fortune 500 company). This is non-trivial to establish, but so was Google when it started almost twenty years ago.

5) Blockchain-based social influencer platform Socialmedia.market is launching as I write this. Thanks to Pim Piepers for pointing me to this. Socialmedia.market is the first decentralized ecosystem for interactions with social media influencers. Based on the blockchain technology, the platform brings transparancy for brands that work with social influencers. Want a celebrity to mention your brand on their Instagram? This promise of this platform is to make that easier for both the brand and the celebrity.

6) Finally, we might be able to solve the email spam problem! Spam happens because it is free to send an email, so there is no cost to send a million emails or ten million. Imagine a world where it costs one tenth of one cent to send an email. Perhaps consumers can use a token payment as a kind of "do not spam list". For regular email users that cost would be a small amount of money per day. Recipients could earmark their windfall to a favorite charity. But the bad guys business would be shut down instantly.

Do you have any other uses of blockchain in marketing either in micro-payments or something else?