Mastodon Is Better Than Twitter But You Should Ignore It 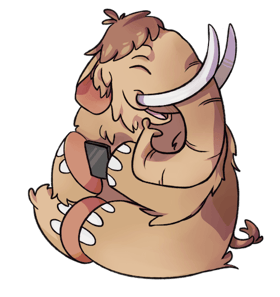 When a new social network pops up and the defining characteristic is that it is like another social network but better, it’s doomed. Mastodon is the latest cool kids social network “like Twitter but better” and is reported to be experiencing very fast growth. But like others that basically copy what’s already established (Ello and Google Plus come to mind), my guess is that it will not catch on beyond a bunch of very early adopters.

And that’s just fine. There’s nothing wrong with a social network that you enjoy.

I’ve played around a little with Mastodon and it’s nice to meet new people and interact with bots. It’s just the “Twitter-killer” hype is overblown.

Mastodon for you and me 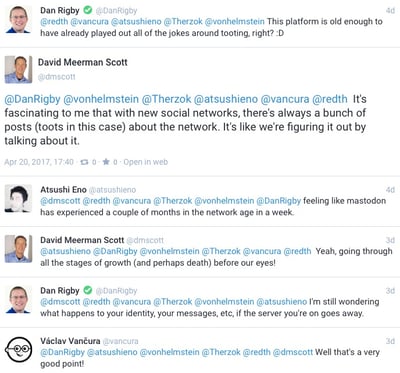 Mastodon is a free federated social network. Posts “toots” can run 500 characters rather than Twitter’s 140. But the biggest difference is that it is an open source platform.

The Mastodon documentation hosted on GitHub opens with: “Mastodon is a free, open-source GNU social-compatible social network server. A decentralized alternative to commercial platforms, it avoids the risks of a single company monopolizing your communication. Anyone can run Mastodon and participate in the social network seamlessly.”

Because Mastodon is a federated network, there isn’t a central server system. That’s sort of good (because nobody “owns” the social network) but mainly bad. It means that setting up and using Mastodon is much more difficult than most non-technical people (like me) will like. 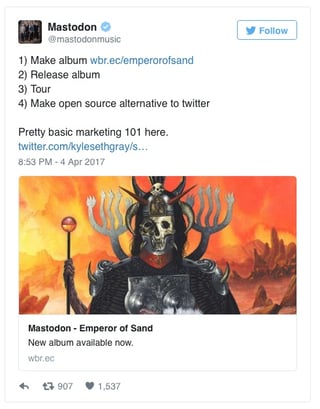 Think of it like setting up an email account. With email you need to find an email host like gmail.com or yahoo.com and then you set up your email address on that domain. Mastodon is similar because there are many instances of the network to choose from. My address, for example, is mastodon.network/@dmscott.

Each instance has it’s own rules and some instances are established with themes like animalliberation.social “Animal Rights” and mastodon.partipirate.org “French Pirate Party Instance - Politics and stuff”.

By all means play around with Mastodon, but ignore anyone who says that it will replace Twitter.