How to Create an Awesome Indiegogo or Kickstarter Launch 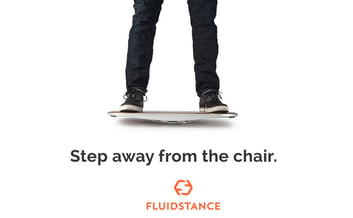 About six months ago I was paging though my favorite newsweekly The Week (yes I read it in print) and found a small review of the brand new FluidStance Level.

I thought, Wow! That’s cool. I have a standup desk and I am a surfer, so this looks like a great thing for my lifestyle. So I went to the FluidStance site, found they were launching via Indiegogo, and before the video was done, I knew I wanted to buy one.

At the time, I thought it was interesting that the company’s content got me from curious to whipping out my credit card in less than 3 minutes. Often when this happens, I follow up because it would make a good story for this blog or a section in one of my books. Somehow I failed to do so in this case.

Clearly the FluidStance Indiegogo campaign was a success. They had an 805% funding success rate and raised over $500,000.

In a karma-infused coincidence ealier this month, as I was walking the show floor at the Employer Healthcare & Benefits Congress where I was to deliver a keynote speech, I noticed a Fluidstance display. I introduced myself and told the person how much I loved mine and it turned out I was speaking with the founder and CEO Joel Heath. Cool(!!)

In this video I discuss with Joel how he launched the product and what it takes to be successful.

Direct link to How to Create an Awesome Indiegogo or Kickstarter Launch on YouTube.

Joel and I spoke about how he used Indiegogo to launch and what it takes to create great content for a crowdfunding site. Joel discussed how he used content to humanize his company and create a sense community with early customers. When successful like this one, a crowdfunded launch can create a successful company.

Joel has an interesting background. Like me, he believes in working hard and playing harder. He was Teva footwear Brand President for Deckers Brands®, creator of the [GoPro] Mountain Games in Vail, Colorado, and Founding Board Member of First Descents, an adventure camp for young adults with cancer.