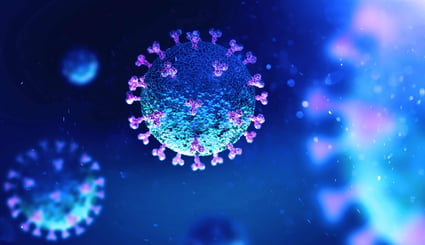 The Abundance 360 Conference run by Peter Diamandis (named by Fortune as one of the “World’s 50 Greatest Leaders” and the founder of the XPRIZE) went ahead with a hybrid event in January, 2021. Despite a very strict COVID protocol, 25% of the people who were a part of the “immunity bubble” they created tested positive for the coronavirus - including Peter.

Peter says: “I thought creating a COVID ‘Immunity Bubble’ for a small group in a TV studio setting was possible. I was wrong.”

We all want in-person events to return, but this cautionary tale clearly shows we must continue to wait until it is safe.

We are eager for the return of in-person events

It’s been 11 months and 12 days since I last presented at an in-person event (March 3, 2020 at Social Media Marketing World in San Diego). I miss presenting to an in-person audience terribly, and I’m super eager to begin interacting again with people onsite at the events I speak at - after my talk and at breaks and meals.

In the past months, I’ve spoken with dozens of speakers, meeting planners, speaker bureau representatives, and others in the events business and hear the much of the same thing. While we’re making do with virtual events, everyone is eager to get back to meeting in person.

Over the past few months, I’ve wondered if there is a safe way to hold a small in-person or hybrid event. When I heard about what Peter was attempting, I thought that his protocols sounded reasonable. Heck, Peter is a scientist! (While I was following Peter's experiment, I did not attend the event).

After Peter's experience, I no longer think there is some magic way to hold an in-person event given the available precautions. We really do have to wait!

What went wrong at Abundance 360

Every year, for the past nine years, Peter has run Abundance 360, an event that gathers some 400 entrepreneurs and CEOs to meet, brainstorm and learn about exponential technologies ranging from AI and Robotics, to VR/AR and synthetic biology.

For 2021, Peter chose to hold the event virtually, but also include a small in-person studio audience.

Everyone onsite - including speakers, production staff, and audience members - was tested every day and doctors were on location to make sure the protocol was followed.

Despite a total of 452 PCR & Rapid Antigen tests and four physicians on-staff during a highly contained small gathering, 24 people in Peter’s "Immunity Bubble" (about 25%) tested positive for the coronavirus - including Peter.

As Peter says, all of his planning led to “a false sense of security.”

I give Peter a great deal of credit for sharing the details of what happened on his blog so we can all learn from it. It's a fascinating post - check it out!