Blockchain Social Network To Replace Facebook A Long Way Off 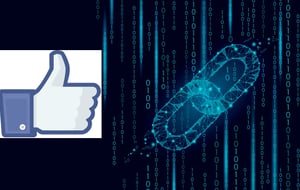 Last week I wrote about my personal relationship with Facebook over the past decade. In my post I concluded I no longer trust the company. Many people jumped in who agree. Some wanted to know what we can do about it. Is there an alternative?

I don’t think #DeleteFacebook is the answer. With more than 2 billion people, the social network long ago achieved critical mass so like nearly everybody I speak with, Facebook is an important way to keep up with friends and colleagues.

Facebook works because the company acts as the clearinghouse for people to connect. Much like a bank is the go between people who have money to invest and people who want to borrow, Facebook is the go between for social connections. But just like banking, there is an incentive to abuse the relationship (ask Wells Fargo about that).

The future is a blockchain-based social network

I suspect that the future will bring a social network built on blockchain where every user controls his or her data and can choose to sell or buy attention (or not). In the same way that the blockchain is disrupting the banking system by bypassing it with cryptocurrency like Bitcoin and others, a new way to organize social connections is possible.

The problem is the time it will take to build a new network of people. It has taken Facebook twelve years to get to 2 billion users. It will take a really long time for any blockchain-based competitor to achieve that critical mass.