My friend Jim Stewart who is CEO of a Melbourne digital marketing firm, points us to an example of inappropriate newsjacking. 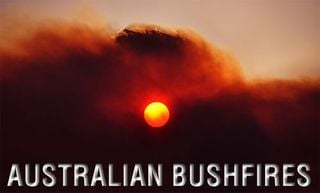 Recently, Australia has been hit with devastating bushfires. The damage has been especially great in Tasmania. People's property has been destroyed and many are homeless.

Into the disaster jumped SellItOnline saying they would donate electric generators to the victims of the Tasmanian bushfires in return for people who "like" the SellItOnline Facebook page. The company received backlash from many of its 1,500 fans, who accused the company of taking advantage of the catastrophe. This led to people writing about the insensitivity which led to discussion on social networks. The post has since been deleted.

We learned from the Hurricane Sandy newsjacking attempts that negative stories are very dangerous to attempt to newsjack. This example is in poor taste because the company was attempting to use the disaster to gain Facebook "likes". Had they just donated generators to the victims, they might have gotten some positive buzz.

Newsjacking is a powerful tool. But the potential to backfire is large when the story is a negative one.