Market competition and your business 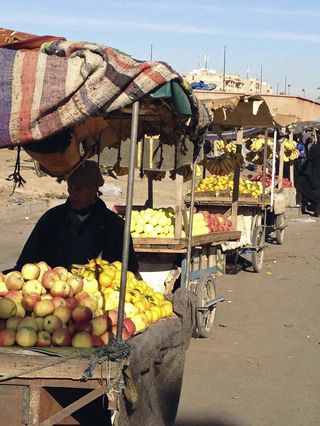 There are many ways to compete in a marketplace. You already know them.

But are you really conscious of your place in the market?

How do your customers define you? How do you define yourself? What makes you special? You’ve got to know what you do better than the other guys and deliver even more of that.

You cannot do everything so letting the other guy offer the cheapest price or have the slickest product is just fine of you’ve, say, got the very best service.

This past long weekend I was in Morocco and became fascinated with the local produce markets. I went to several in Marrakech and a country market in Asni at the foothills of the Atlas Mountains that's held once a week.

The produce sellers offer the same basic items and sell in a similar way. But lingering and observing, I noticed ways the proprietors differentiated. 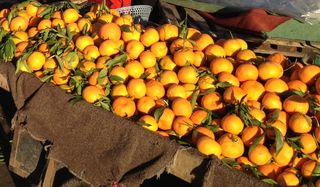 Product – It was orange season in Morocco. The oranges were at nearly every stall and were delicious and cheap. I ate so many I thought my skin would turn orange. If everyone basically sells the same thing, how do you differentiate product? Then I noticed that some sellers had leaves still on the oranges they were selling. This indicated that the fruit had just been picked because the leaves quickly wilt.

Comfort – A few stalls had coverings where people could shop outside of the hot sun. While this might be comfortable to haggle over some fruit and veggies, it was very bright and the direct sun enhanced the look of the products so… 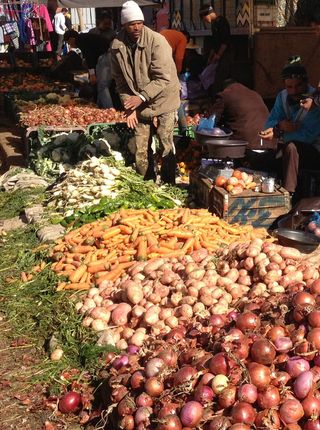 Service – Being friendly, offering a free sample, tossing in a few extra, packaging in two bags instead of one to make it easy to carry are indications of good customer service, another way to differentiate.

Price – When everyone sells the same thing, there’s a low cost provider. But with margins thin, that’s a tough position to be in.

Advertising – Some of the sellers called out information about their fruit and vegetables.

Sales – Some sellers tried to hustle people into their stalls. But usually the hard sell doesn't work.

Kindness – Some sellers just smiled and caught your eye.

There are probably other ways the produce sellers differentiated that I didn’t notice. Certainly as I don’t speak the local Berber language, there was a lot happening that I didn’t catch.

How do you compete?

We all compete for business in a crowded marketplace of ideas, services, and products. There are many different ways to compete and differentiate your offerings. Copying the other guys is a tough way to succeed.

You've got to know how you're different than the other guys.

You've got to stake a claim as being the best at something.

Photos by David Meerman Scott taken with an iPhone 4S