In many large organizations, fear of something new leads to an insistence that the new thing’s benefit be proven before it can be undertaken. Perfect example is social media.

How's that working for you?

People tell me this ROI approach leads to followers, not leaders in a market. It means that the only things tried are those that others have pioneered. 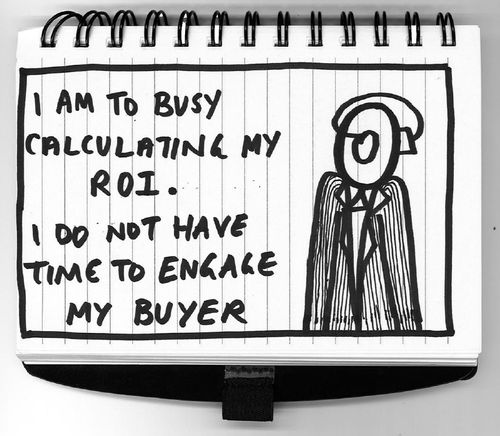 Did Jeff Bezos calculate the ROI of Amazon.com becoming the world's first online bookstore?
How could he? The Web was brand new. He just built it. And later he pioneered again, this time with ebooks by launching the Kindle in November 2007.

Where is Amazon.com now? Net income in 2010 was over a billion dollars.

Did Borders calculate the ROI of building the world's second online bookstore?
They probably did and they would have concluded this newfangled online stuff was silly and just a tiny market compared to these hundreds of great stores they had in prime retail locations. And ebooks? On July 7, 2010 Borders finally opened it ebook store nearly three years after Amazon, perhaps because the ROI calculations finally worked for them.

Where is Borders now? Nowhere. The company closed their doors on the last remaining stores on Sunday, September 18, 2011.

Especially with new technologies, a traditional ROI calculation can steer you in the wrong direction.

Thanks to Kenny Madden for the awesome drawing. Kenny works in market development at Spiceworks and spends a lot of time listening and engaging with 1.7 Million IT buyers on how they want to be marketed and sold to. He expresses his passion for sales and marketing in art.

So, Kenny, what’s the ROI of doing these drawings?