Back when I had a "real job" running marketing departments, I worked with a number of advertising agencies. They were constantly pitching me "campaign" ideas. 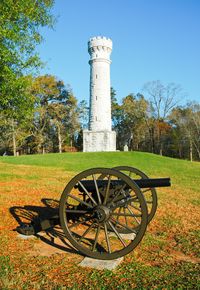 Over the past few months, I've noticed a large increase in the number of advertising people who have contacted me in the hopes that I would talk up the "social media campaign" that they developed for a client.

In particular, the ad agencies love to tell me about the contests and games they've created as part of the campaign. And frequently, the pitch they send me includes talk of some award they've won.

This got me to think about the advertising agency directed campaign approach social media.

Now, don’t get me wrong. I'm not saying you should never do a campaign. I run campaigns myself, like when I have a new book out.

However, I think there is a huge difference between a sustained development to creating valuable information online -- YouTube videos, blogs, photographs, ebooks, Twitter feeds, Webinars, and the like -- vs. creating a one-off Facebook game in the hopes that people will "like" you.

A great brand journalism approach to content creation is not a one-off campaign that allows you to check something off the list.

To be successful, you need to hire the right people. I suggest taking the money you would have spent with the ad people and giving it to journalists.