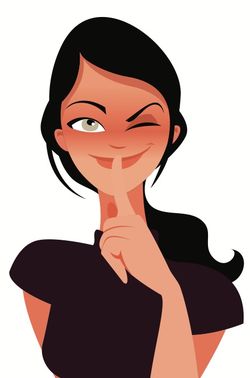 The secret is that there is no secret.

You need to do 5,000 things and each thing you do, on average, needs to gain you ten new followers.

(Unless you are already famous like Howard Stern who got 200,000 followers within a few weeks after he jumped on Twitter).

I started my @dmscott Twitter feed with zero followers in early 2008 and I just passed the 50,000 mark (thank you to everyone who follows me).

There is no secret to building a following.

You need to build a fan base one effort at a time over the long haul. This idea came to me during the Q&A session of a panel discussion I was on at the San Francisco Music Tech Summit late last year.

Michael Brandvold, a music industry marketing maestro, said my answer to a question on how musicians can build a fan base using social media was the best quote he heard about music marketing in all of 2010. So I had to take what was a throwaway line more seriously! (Thanks Michael). Michael has worked on marketing efforts for bands including U2, Rod Stewart, Madonna, Ozzy Osbourne, and Britney Spears and has worked closely with Universal Music Group, BMG/Sanctuary Records, Rhino Records, and Playboy. Read Michael's 2000 Things to Generate 20,000 Fans Challenge.

So many people are looking for a secret. They want a formula. Or they want to buy followers somehow. Or trade people for followers.

There's no secret. Get out there and, as Seth Godin says in his new book Poke the Box start stuff. Do new things. Experiment. Take risks.

Here is what I've done to drive followers since March 2008 when I started on Twitter with zero followers.

Actually, if you add all these up its well over 5,000 things I've done since I started Twitter, so I am below average in generating 10 new followers for each thing I’ve done.

There's no secret. It takes a lot of effort.

Thank you to everyone who follows me.