JASRAC wants to charge YOU for tweeting song lyrics! 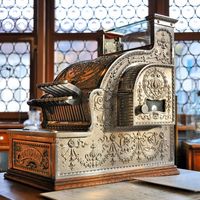 In a completely boneheaded move, the Japanese Society for Rights of Authors, Composers and Publishers (JASRAC) announced that they want to set up a system to charge people who tweet any part of song lyric.

As reported (in the Japanese language) on J-cast news, they haven't decided on the details yet, but JASRAC insists it's the law and everyone has to obey with their decree.

"We want everyone to recognize that Internet is not your private place," JASRAC says. Even in the world of 140 characters, the law must be obeyed.

Here is what JASRAC is in the business of doing according to the JASRAC English language site: "Collect royalties from users of music in Japan and from foreign copyright societies and allocates them to trustors or transfers them to eligible foreign societies."

They are copyright cops.

Here is a video called JASRAC wants my money made by Zemichi who says: "Apparently, JASRAC goes around the internet sending cease and desist to people that use ANY content that's protected under them. A quick search tells me that they've sent C&D's to LYRICS TRANSLATION sites too."

Note that JASRAC says it is okay to tweet the titles of the songs. (Thanks!)

JASRAC hasn't decided how much they'll charge when you tweet a lyric. "We are currently considering the handling in full compliance with the Act on Management Business of Copyright and Neighboring Rights," JASRAC says.

This just pisses me off.

Yes, I understand that artists need to make money. I get it: I make part of my income from royalties on books. In fact, the Japanese version of The New Rules of Marketing & PR falls under the JASRAC Stalinist control. (Thanks but no thanks. Can I get out from under you, JASRAC? I don't want you representing me!)

While I get that artists need to be paid for their work, putting draconian rules in place only seems to serve the JASRAC kingdom and keep them in power, it does not serve artists.

Artists are best served when people learn about their work from fans. And fans love to share on Twitter.

Please jump in to this one with your opinion!

UPDATE March 4, 2010: Steve McClure, an expert on the Japanese music business, provides an update on the situation.