ZeroTrash shows how to create a social media grassroots movement

I had an opportunity to connect with Chip McDermott, founder of ZeroTrash who I originally met at the Inbound Marketing Summit in San Francisco. I haver become fascinated with the online grassroots movement Chip started that's gathering momentum and is now instrumental in ridding the streets and beaches of Laguna Beach, CA of trash.

Chip started ZeroTrash Laguna as a nonprofit organization in November 2007 with the support of XS Energy Drinks, Hobie Sports & Thalia Surf Shop. Though population and tourism had exploded, the city had not kept up in providing a sufficient infrastructure for public trash and recycling.

"The spark of the idea was that trash was becoming commonplace on the streets and the sidewalks of Laguna Beach," Chip says. "We started with a Facebook fan page for ZeroTrash Laguna that now has hundreds of members."

People use the Facebook page to organize events and connect local storeowners and residents. Before and after photos of trash on the streets incite people to action.

"We met with store owners to get our first Saturday movement going," Chip says. "We meet at a couple of stores and got volunteers to walk the city and pick up trash on the first Saturday of each month."

The storeowners love it because they people support local stores and the shopping areas remain clean. Chip has tapped storeowners as sponsors who fund the purchase of supplies and tools like trash pickers, t-shirts, trash bags, and gloves.

Chip has also started a ZeroTrash blog and is on Twitter as @ZeroTrash. The social media sites serve to keep people updated. For example, on the first Saturday of May, 2009, the Laguna Beach community helped to remove another 590 lbs. of trash and 375 lbs. of recyclables from the streets.

He has high hopes for the organization and ambitions to spread the movement beyond Laguna Beach.

"We want people to take individual ownership of each new local ZeroTrash community," he says. "How can they get people with a passion to take control and start in their own communities? The obvious answer is to use social media to influence people."

Social media sites like Facebook and Twitter are a great place to start (or extend) a movement. If you work at a nonprofit, are you tapping these resources to reach your supporters? 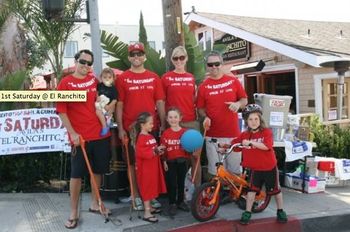