Don't Blame Technology For Fear Of The New 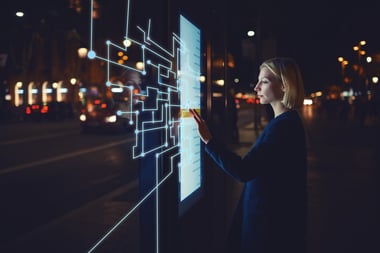 Fake news is the fault of Facebook! Uber drivers are dangerous! Oh the horror! We’re yet again going through a paranoid cycle where people who should know better are blaming technology for what humans do with it.

Uber is the safest way to travel because there is a record of exactly when and where a driver meets a passenger and where the passenger is taken. Sign me up for that! Getting into a Yellow Cab on some random street corner at night is scary. Nobody knows you got into that cab. The idea that Uber technology is bad and the cars are unsafe is absolute nonsense. Yet there are a bunch of stories saying so.

Every decade it seems a new technology appears in the market that people are scared of because they don’t understand it. For example, those who don’t know how to monitor Facebook and other social networks for information of value blame the networks for what’s published.

Yet there are so many negative stories about “fake news” on Facebook and the “dark side” such as the New York Times Magazine cover story a few weeks ago titled Can Facebook Fix Its Own Worst Bug? In it, Farhad Manjoo wrote about whether one of the most powerful tools for connection in human history is capable of adapting to the world it created.

I’ve personally witnessed several rounds of this paranoia. I’m old enough to remember the hand-wringing over personal computers entering the workplace in the late 1980s. There were tons of stories about how “email might expose a corporation to its secrets being revealed to the outside world”.  The result was to clamp down on email at work. At a company I worked for, email was only for employees of director level and above because it was too scary for everyone.

The Web and blogging were frightening in the 2000s when people worried about using the public Internet and all of its (gasp!) "unveriﬁed information".

People seem to be getting their collective knickers in a twist about technology again today. But it’s not technology. It’s us.

Mike Sweet, CEO of Credo Education said in his letter to the editor replying to the Facebook story that “the ideal solution to Facebook’s News Feed problem rests squarely upon our own collective shoulders. The infrastructure to fix what’s broken lies not in Facebook’s News Feed team, but in our educational system: When we teach people to be smart news consumers, the algorithm of any one social-media app becomes secondary to the truth itself. Empowering individuals amid this global web to discern fact from fiction is a stronger bulwark against viral misinformation.” And this from Mike's company on "Fake News".